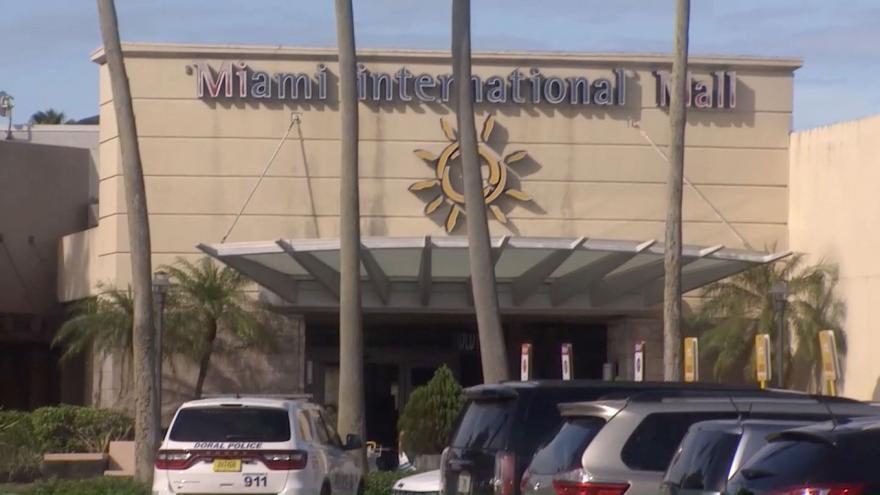 (CNN) -- A man in Doral, Florida, escaped from a mall store with stolen goods on Saturday by spraying everyone in his way with bear repellent, according to police.

About 15 of the mace victims were employees of Bath and Body Works at Miami International Mall. One had to be taken to the hospital after taking a direct hit of spray to the face, according to Valdes.

Police noted the seriousness of the attack, as each sickened person could be considered a victim of aggravated battery. The suspect is "potentially looking at 30 to 35 felonies," said Valdes.

Store employees told police the suspect had stolen candles, with Valdes acknowledging, "This is one of those 'only in Miami' stories."

The suspect was last seen leaving the mall in a taxi, Valdes said. Investigators are working to identify the individual.