Suspect in Maryland newspaper shooting to appear on 5 murder charges 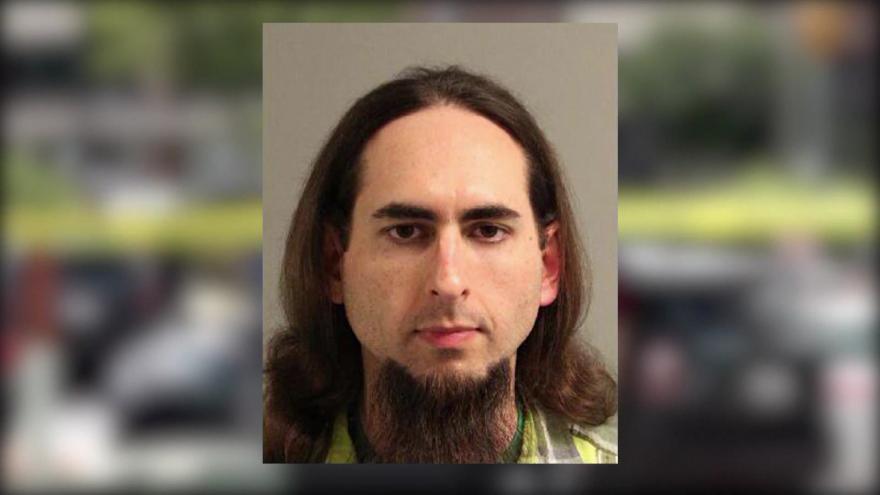 ANNAPOLIS, Md. (AP) — First-degree murder charges were filed Friday against a man who allegedly targeted Maryland's capital newspaper, shooting his way into the newsroom and killing four journalists and a staffer before police swiftly arrested him.

Jarrod Warren Ramos was interrogated, charged and jailed pending a 10:30 a.m. hearing in Annapolis. No defense attorney was listed in online court records, but one note suggests he could be represented by a public defender. Another describes him as "recalcitrant." Investigators said earlier that he was uncooperative. 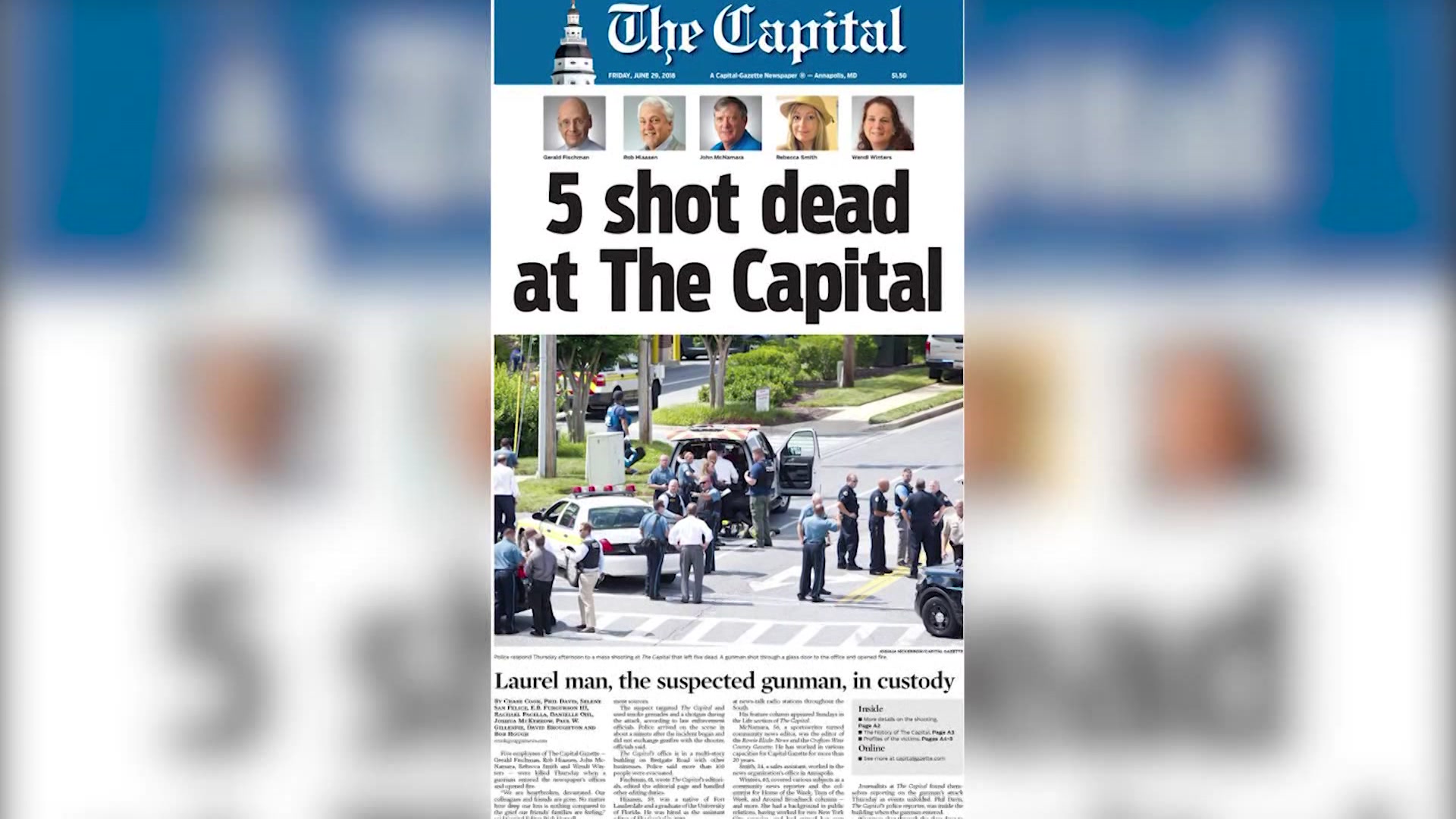 Thursday's attack on The Capital Gazette in Annapolis came amid months of verbal and online attacks on the "fake news media" from politicians and others from President Donald Trump on down. It prompted New York City police to immediately tighten security at news organizations in the nation's media capital.

Police described Ramos as a white man in his late 30s who lives in Maryland.

Journalists crawled under desks and sought other hiding places as he moved about the newswroom, describing agonizing minutes of terror as they heard the gunman's footsteps and the repeated blasts of the shotgun. Police said he also was armed with smoke grenades.

Those killed included Rob Hiaasen, 59, the paper's assistant managing editor and brother of novelist Carl Hiaasen. Carl Hiaasen said he was "devastated and heartsick" at losing his brother, "one of the most gentle and funny people I've ever known." Also slain were Gerald Fischman, editorial page editor; features reporter Wendi Winters; reporter John McNamara, and sales assistant Rebecca Smith. The newspaper said two other employees had non-life threatening injuries and were later released from a hospital.

Phil Davis, a courts and crime reporter for the paper, tweeted that the gunman shot out the glass door to the office and fired into the newsroom, sending people scrambling under desks.

"There is nothing more terrifying than hearing multiple people get shot while you're under your desk and then hear the gunman reload," he wrote in a tweet. In a later interview appearing on the paper's online site, Davis likened the newspaper office to a "war zone."

"I'm a police reporter. I write about this stuff — not necessarily to this extent, but shootings and death — all the time," he said. "But as much as I'm going to try to articulate how traumatizing it is to be hiding under your desk, you don't know until you're there and you feel helpless."

Reporter Selene San Felice told CNN she was at her desk but ran after hearing shots, only to find a back door locked. She then watched as a colleague was shot, adding she didn't glimpse the gunman.

"I heard footsteps a couple of times," she said. "I was breathing really loud and was trying not to, but I couldn't be quiet."

The reporter recalled a June 2016 mass shooting attack on Orlando's gay nightclub Pulse and how terrified people crouching inside had texted loved ones as dozens were killed. Said San Felice, "And there I was sitting under a desk, texting my parents and telling them I loved them."

Police spokesman Lt. Ryan Frashure said officers arrived within about 60 seconds and took the gunman into custody without an exchange of gunfire. About 170 people were then evacuated from the building, which houses other offices, many leaving with their hands up as police and other emergency vehicles arrived.

At the White House, spokeswoman Lindsay Walters said: "There is no room for violence, and we stick by that. Violence is never tolerated in any form, no matter whom it is against."

Press Secretary Sarah Sanders added in a tweet: "Strongly condemn the evil act of senseless violence in Annapolis, MD. A violent attack on innocent journalists doing their job is an attack on every American. Our prayers are with the victims and their friends and families."

First responders turned the site over to investigators, who remained on the site Friday as well as an apartment complex where the gunman lived in Laurel, Maryland, searching for clues to his motives. 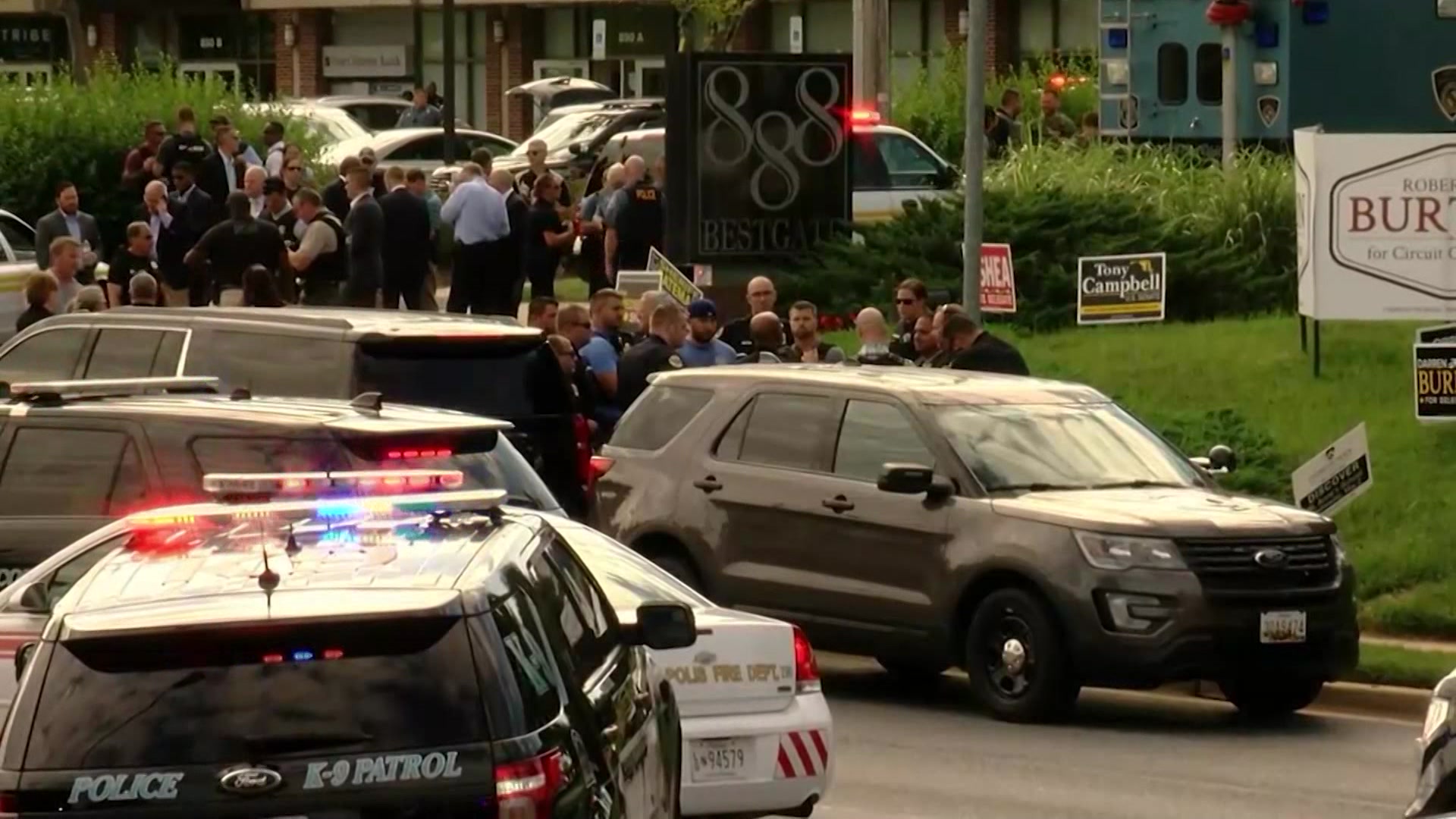 "The shooter has not been very forthcoming, so we don't have any information yet on motive," Anne Arundel County Executive Steve Schuh said.

Ramos sued the newspaper for defamation in 2012, alleging he was harmed by an article about his conviction in a criminal harassment case. A judge dismissed the suit, telling Ramos that he hadn't shown "anything that was published about you is, in fact, false." An appeals court later upheld the dismissal.

"These are the guys that come to city council meetings, have to listen to boring politicians and sit there," Buckley said. "They don't make a lot of money. It's just immoral that their lives should be in danger."

The newspaper is part of Capital Gazette Communications, which also publishes the Maryland Gazette and CapitalGazette.com. It is owned by The Baltimore Sun.

The Associated Press Media Editors promised to help Capital Gazette journalists as they recover. An APME statement called on newspapers nationwide to help the paper continue its community coverage and fight for freedom of the press.