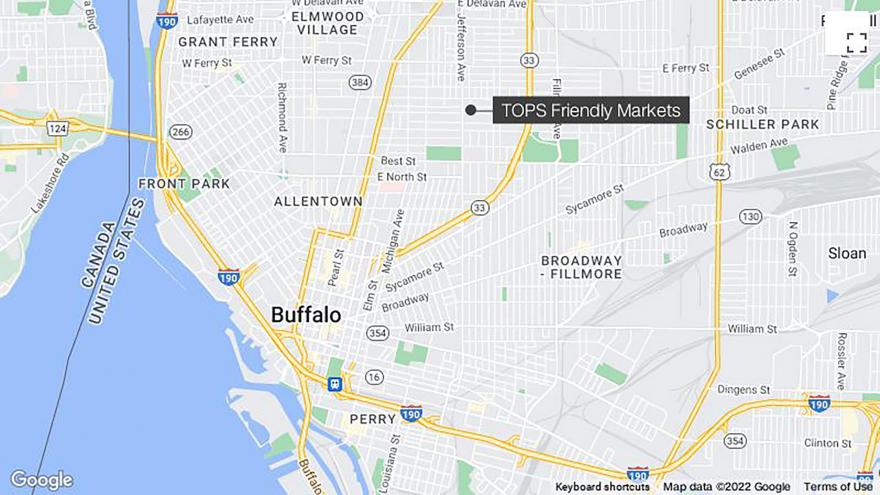 (CNN) -- A suspect is in custody after multiple people were shot at a supermarket in Buffalo, New York, on Saturday afternoon, police said.

Buffalo police responded to the scene of an "active multiple shooting event" at the Tops Markets on Jefferson Street in the city, according to a tweet from Erie County executive Mark Poloncarz.

Authorities have not yet made public how many people have been impacted by what police have referred to as a mass shooting.

"BPD on scene of a mass shooting at the Tops in the 1200 block of Jefferson Avenue," the Buffalo Police Department tweeted. "Police say multiple people have been struck by gunfire. The shooter is in custody. Motorists and residents are urged to avoid the area."

The Erie County Sheriff's Office expressed its condolences in a tweet following the incident, adding that Sheriff John Garcia "has ordered all available resources and personnel to assist" police.

New York Governor Kathy Hochul tweeted, "I am closely monitoring the shooting at a grocery store in Buffalo. We have offered assistance to local officials. If you are in Buffalo, please avoid the area and follow guidance from law enforcement and local officials."