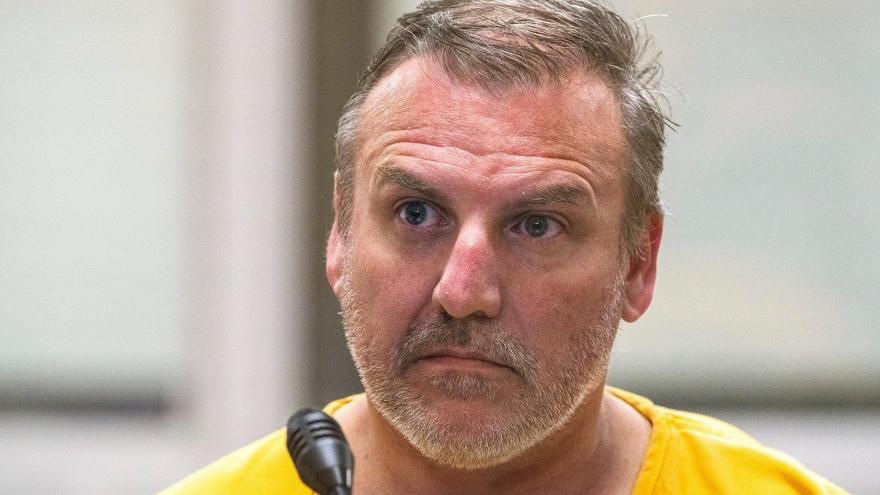 A grand jury in Alaska returned an additional murder indictment Thursday against Brian Steven Smith who was already charged with the murder and sexual assault of another woman.

(CNN) -- A grand jury in Alaska returned an additional murder indictment Thursday against a man already charged with the murder and sexual assault of another woman.

Brian Steven Smith, 48, had already been indicted in the death of Kathleen J. Henry, 30, whose assault was captured on a memory card that contained videos and photos of Smith allegedly killing her, authorities say.

While interviewing Smith about Henry, he admitted to Anchorage police that he had shot another woman and told police where to find her body, according to court documents filed Thursday. Alaska State Troopers later recovered a skull with a gunshot wound near the location that Smith provided to police, according to the documents.

Abouchuk, 52, was reported missing by her family in February; they had last seen her in July 2018, Anchorage Police Chief Justin Doll said at a press conference.

Smith remains in custody at the Anchorage Correctional Complex on a $750,000 cash bail, according to the Alaska Attorney General's office, but based on the new charges, prosecutors filed the bail memorandum requesting bail be increased to $2 million.

Smith was arraigned Wednesday on eight counts related to Henry's death, including sexual assault, murder, and tampering with evidence after authorities said a SD memory card found on the street contained videos and pictures of him killing her, according to court records. Smith's public defender entered a not guilty plea on his behalf.

On September 30, a woman called police in Anchorage to say she had found an SD card that contained pictures and videos of a woman being strangled, beaten and raped, according to an affidavit of the criminal complaint. The SD card was labeled "homicide at midtown Marriott," authorities said.

The card contained 39 photos and 12 videos of a naked woman bruised and bloodied on a floor next to a bed, according to the affidavit. Videos showed the woman being strangled and struggling to breathe as a man laughed about it, the document said.

Two days after the SD card was turned in, police said they responded to a call about human remains found near the Seward Highway in the southern part of the city. The remains, they believed, were of the woman in the photos and videos.

Authorities later identified Brian Steven Smith, a South African immigrant, as a suspect and arrested him at the Ted Stevens Anchorage International Airport on October 8.