Susan Collins: 'I do not believe systemic racism is a problem in the state of Maine' 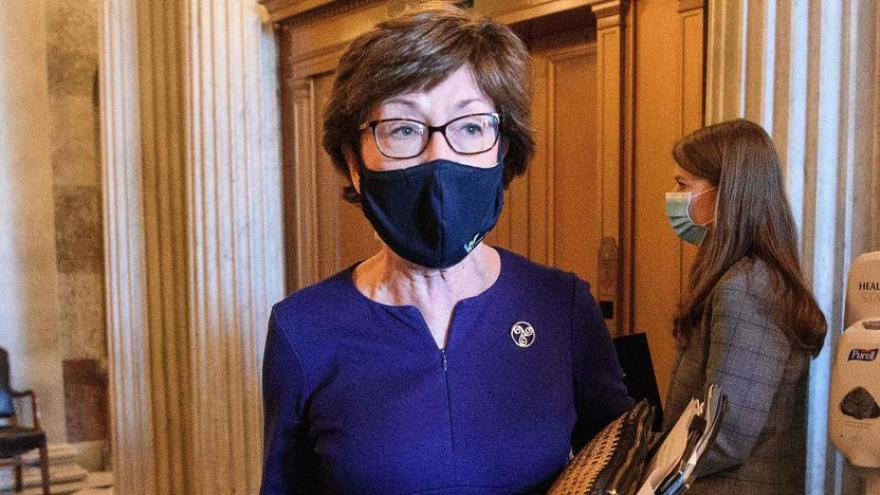 Sen. Susan Collins, a Maine Republican defending her seat in a competitive reelection fight, said during a debate on Wednesday that she does not think that systemic racism is a problem in the state.

(CNN) -- Sen. Susan Collins, a Maine Republican defending her seat in a competitive reelection fight, said during a debate on Wednesday that she does not think that systemic racism is a problem in the state.

"I do not believe systemic racism is a problem in the state of Maine," Collins said at the debate hosted by CNN affiliate WMTW where she faced off against Democratic challenger and state House Speaker Sara Gideon.

The comments from the GOP senator came after the moderator asked, "Is the phrase 'Black lives matter' controversial and is there a systemic racism problem here in Maine?," noting that the overwhelming majority of state residents identify as white. Although 94% of Mainers identify as White, the state is also home to a sizable refugee community, including Somali and Sudanese Americans. The initial arrival of Somali immigrants was met with mixed reactions, including some high-profile instances of overt pushback starting in the early 2000's when the mayor of Lewiston argued that the city had been overwhelmed by the influx.

In responding to the question, Collins also said, "I don't think the phrase Black lives matter should be controversial," and added, "it's clear that in some parts of our country there is systemic racism or problems in police departments."

At the same time, the Republican senator praised law enforcement, saying, "we are very fortunate in the state of Maine because we have terrific members of law enforcement."

Collins noted that she has co-sponsored police reform legislation that has been introduced in the Senate, though she said of the bill, "regrettably it became the victim once again of partisan politics."

The Maine Republican also said that George Floyd's death "should horrify all of us and those responsible should be held accountable." Floyd was killed in Minneapolis police custody in late May, an event that sparked a national outcry along with sustained protests and civil unrest over the issue of police misconduct and racial injustice, as well as calls for Congress to act.

Gideon, the Democratic challenger, responded to the same question by saying, "Black lives do matter and the reason we have to say it is because there is a legacy of bigotry in this country that results in systemic racism," and noting the existence of racial disparities in Maine.

"It doesn't matter how white our state is -- it still exists. When we look at the incidences, for example, of the number of people of color who here in the state of Maine had a positive Covid infection rate and how outsized that was compared to the rest of the population. We see it in terms of access to education for people of color, access to health care, rates of poverty, rates of incarceration, and we do have to do something about it," Gideon said.

The Maine Senate race is one of the most closely-watched and competitive of 2020 with just days until Election Day where the control of Congress and the White House are on the line.

Senate Democrats have made Maine one of their top targets where Collins, a long-time GOP incumbent, is facing a tough reelection fight in a state that Hillary Clinton won in the 2016 presidential election.