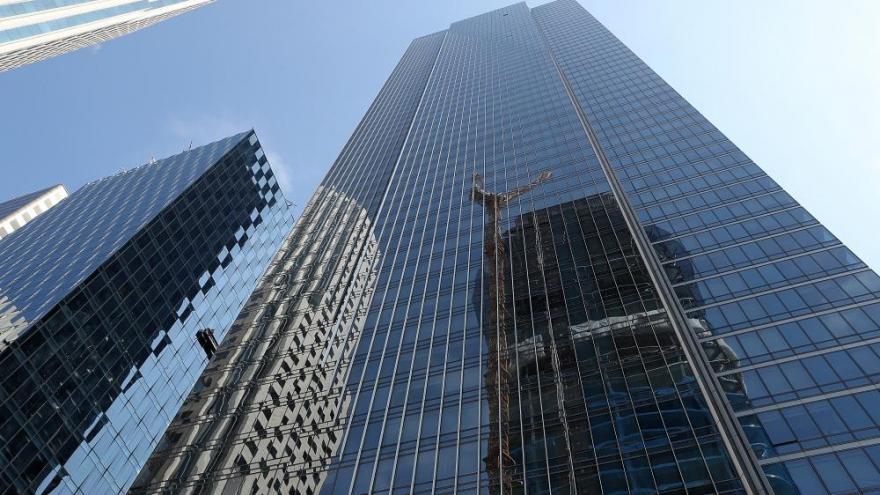 Questions are being raised about the Millennium Tower's structural integrity.

A dozen years later, it's still promoted "Your city within the city," a 58-story monolith with more than 400 multimillion-dollar units in San Francisco's tallest residential building.

"It was billed as one of the top 10 most luxurious buildings in the world," former Millennium resident Frank Jernigan recalled.

But, since it opened, the hulking blue-gray tower has sunk 18 inches into the soft downtown soil on which it was built -- and it's tilting, according to the Millennium's current engineer, Ronald Hamburger.

Now, amid reports suggesting the deadly collapse of the Champlain Towers South more than 3,000 miles away in Surfside, Florida, began in the building's lower reaches, questions are being raised about the Bay Area tower's structural integrity.

"When you have a high rise that collapses and you had a situation in San Francisco -- we had a high rise that was sinking and tilting -- it affects people's peace of mind," said attorney Niall McCarthy. He represented about 100 Millennium Tower residents who reached a mediated settlement in 2020 with developers and others to a lawsuit claiming their property values plummeted with news of the sinking.

Hamburger, who has monitored the settlements of the Millennium Tower and evaluated their effect on the structure since 2014, told CNN in a statement that the building was designed for earthquake resistance, remains safe and is not at risk of collapse.

"The collapse of the residential building in Surfside ... was tragic, but it is far too early to speculate about what caused that disaster -- and any potential comparisons with Millennium Tower would be reckless and premature," Hamburger said.

A $100 million fix, set to be completed next year, involves the installation of piles into the bedrock of downtown San Francisco beneath the building, according to Millennium spokesman Doug Elmets. The piles will then be tied to the existing foundation, he said.

The retrofit, announced in October following years of lawsuits, hearings and accusations, will finally anchor the building to the bedrock. The original foundation was built into deep sand and experts determined that nearby projects and a process known as dewatering had weakened the soil under the sinking tower.

"The structural upgrade currently underway at the tower is intended to prevent further settlement, and recover some of the building's tilt, rather than to repair damage or provide strengthening," Hamburger said in the statement. "The building remains safe and is in no danger of collapse."

Surfside collapse may have begun in building's lower reaches

In Florida, at least 24 people are dead and dozens are unaccounted for after the residential building partially collapsed last Thursday. Search and rescue teams had worked feverishly to locate missing residents until efforts were temporarily halted Thursday amid structural concerns about parts of the building that remain standing. Those efforts resumed Thursday evening.

Several engineers have told CNN that video of the collapse suggests the failure began near the structure's foundation, and a 2018 survey prepared ahead of the building's mandated 40-year certification cited problems in the pool area and the garage beneath it.

Resident Sara Nir, who was in her ground floor condo at Champlain Towers South with her two children the night of the collapse, said she heard loud knocking sounds followed by a boom. She said ran toward the sound and witnessed the building's underground garage collapse.

The cause of the collapse is still unknown.

The surviving members of the Champlain Towers South condo association issued a statement Friday saying, "We know that answers will take time as part of a comprehensive investigation and we will continue to work with city, state, local, and federal officials in their rescue efforts, and to understand the causes of this tragedy."

'It was a really wonderful place to live'

"These people were lying in bed comfortably at night with no warning whatsoever," former Millennium resident Jernigan said of the Surfside catastrophe. "It's a horrendous thing for the families to be going through now. And our hearts just go out."

Jernigan, a retired software engineer, and Andrew Faulk, a retired physician, paid more than $4 million in 2011 for their condo on the 50th floor of the Millennial.

Years later Jernigan and Faulk learned the highrise was not only sinking but also tilting. In 2016, they recorded a heavily watched online video titled, "Marble roll in Millennium Tower."

"It was the very first time we did it," Jernigan said of the experiment. "He got the marble out and I'm going to roll this and see what it does."

In the video, aimed at demonstrating the infamous tilt, the marble was rolled on a hardwood floor but it then changed directions.

"Rolls about 10 feet out," Jernigan, who shot the video, said of the marble's trajectory. "Slows to a stop and then turns around and starts rolling back and picks up speed as it goes past him."

"In the direction that the building is leaning," Faulk interjected. "And so, it was like, 'Oh my God.'"

In 2017, CBS's "60 Minutes" called a segment on the Millennium "The Leaning Tower of San Francisco," and showed alarming stress gauges and cracks in the building's foundation.

Jernigan and Faulk sold their two Millennium units in 2017 for what the former software engineer called "earthquake sale prices."

"It was a really wonderful place to live and, of course, we didn't know it when we were moving in, but there were also wonderful people that lived there," Jernigan said.

Amenities in the building included a barrel shaped wine locker, a private movie theater, and a sprawling outdoor terrace with a marble fireplace and waterfall overlooking the indoor Olympic-sized pool.

Jernigan and Faulk, of course, will not be around with their friends and onetime neighbors for the completion of the Millennium's fix in late 2022. They have moved to another condo complex.

"We did what we had to do to get peace of mind," Jernigan said.