Surfer dies after being bitten by shark in Australia 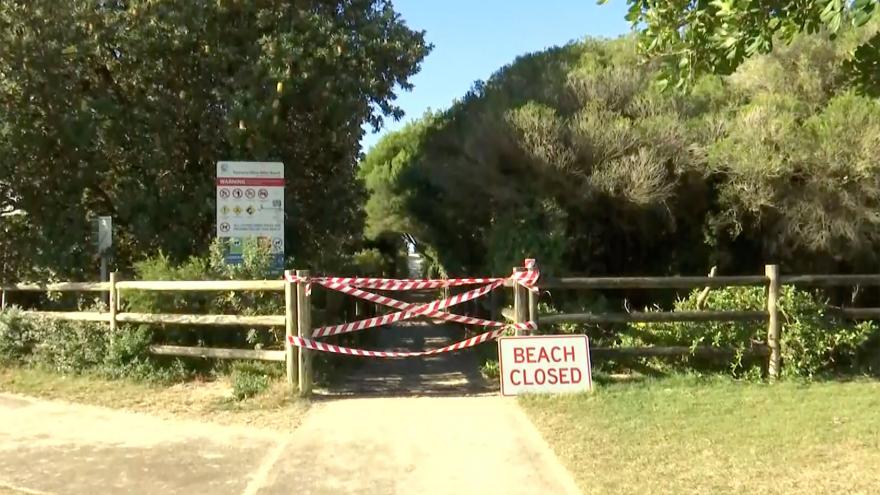 (CNN) -- A surfer has died after a suspected shark attack at a popular beach in New South Wales (NSW), Australia.

The man in his 50s suffered critical injuries to his upper thigh while surfing Tuesday morning, according to NSW Police.

The man actually spotted the shark early and tried to warn his friends, police superintendent Christopher Schilt told reporters at the scene.

CNN affiliate 9News reported that the man's three friends swam over to him and pulled him to shore. He went into cardiac arrest due to blood loss, 9News added.

Bystanders and paramedics worked together to save the victim, said the NSW Ambulance in a tweet Tuesday.

Officers from the Manning Great Lakes Police District tried to resuscitate him but he died at the scene, the force added.

The shark in question is believed to be around 4.5 meters (nearly 15 feet) long, said the NSW Department of Primary Industries (DPI), a government agency responsible for fisheries and agriculture.

Alongside police, the DPI is monitoring the area with drones and about 20 kilometers (12.4 miles) of beach has been closed off to the public for at least 24 hours.

Eight fatal shark attacks, two of which were in NSW, were recorded in Australia in 2020, according to the Taronga Conservation Society.