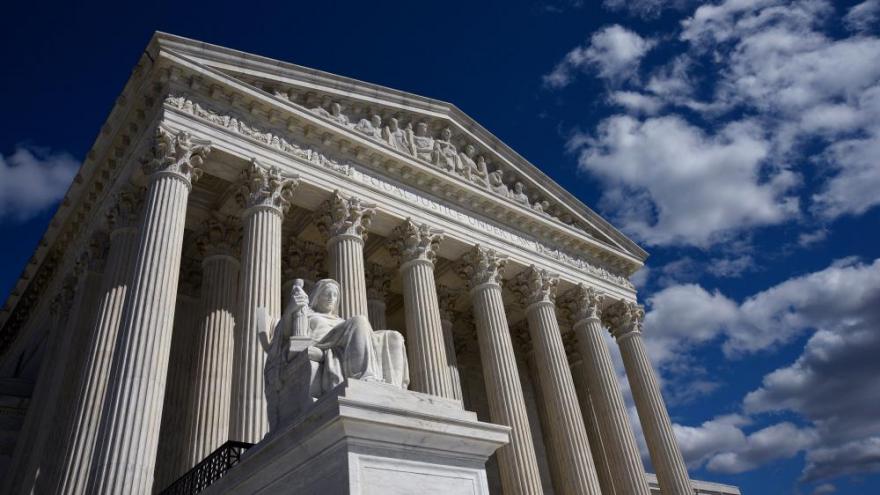 The Supreme Court on Monday declined to hear the National Coalition for men challenge to male-only military draft.

(CNN) -- The Supreme Court on Monday declined to hear a constitutional challenge to the male-only registration requirement for the draft filed by a group called the National Coalition for Men.

The court's order means that for now even though the draft is not implemented, only men will still be required to register for the selective service.

Justices Sonia Sotomayor, Stephen Breyer and Brett Kavanaugh wrote to explain their vote noting that Congress may take up the issue in the short term.

"At least for now," Sotomayor wrote, "the court's longstanding deference to Congress on matters of national defense and military affairs cautions against granting review while Congress actively weighs the issue."

The group had asked the justices to reconsider a 1981 decision that upheld the Military Selective Service Act under which men -- but not women -- are required to register for the draft. Key to the court's ruling, which was decided by a court made up of all men, was its observation that "women as a group...unlike men as a group, are not eligible for combat."

That has changed in the decades since. David Cole of the American Civil Liberties Union, which represented the National Coalition for Men, had asked the Supreme Court to take up the case -- even highlighting what it might have meant to the justices' late colleague Ruth Bader Ginsburg.

Cole tweeted that "#RBG would be proud of an effort to challenge one of the last formal sex distinctions under federal law," referencing the fact that Ginsburg spent her years as a young lawyer blazing trails in the fight against gender discrimination.

In court papers, the ACLU argued that the "male-only military draft is unlawful sex discrimination" and that the registration requirement "has no legitimate purpose and cannot withstand the exacting scrutiny sex-based laws require."

"By burdening only men while excluding women, the Military Service Act sends a message that women are not vital to the defense of the country," the ACLU argued.

The Department of Defense lifted the ban on women in combat in 2013, and now a group of retired military officers are supporting the ACLU's efforts. They include Gen. Michael Hayden, Gen. Stanley McChrystal, Lt. Gen. Claudia Kennedy and others.

Their lawyer, Lindsay Harrison, wrote in a friend-of-the-court brief, "Our armed forces draw from the strength of the entire nation, not only its men."

She added: "Women graduate from the Nation's top service academies, complete the most challenging combat training programs, deploy overseas, serve alongside men and integrate into basic combat teams, including infantry... The draft if ever again instated, ought to reflect that same judgment."

But the Biden administration urged the justices not to step in at this juncture, noting that in March of 2020 the National Commission on Military National and Public Service, created by Congress, released a report recommending that Congress eliminate male-only registration and expand draft eligibility to all individuals "of the applicable age."

Acting Solicitor General Elizabeth Prelogar told the justices that because the recommendation is "under active consideration" in the current Congress, any reconsideration of the constitutionality of the male-only registrations requirement would be "premature at this time."

"Congress's attention to the question may soon eliminate any need for the Court to grapple with that constitutional question," Prelogar said.