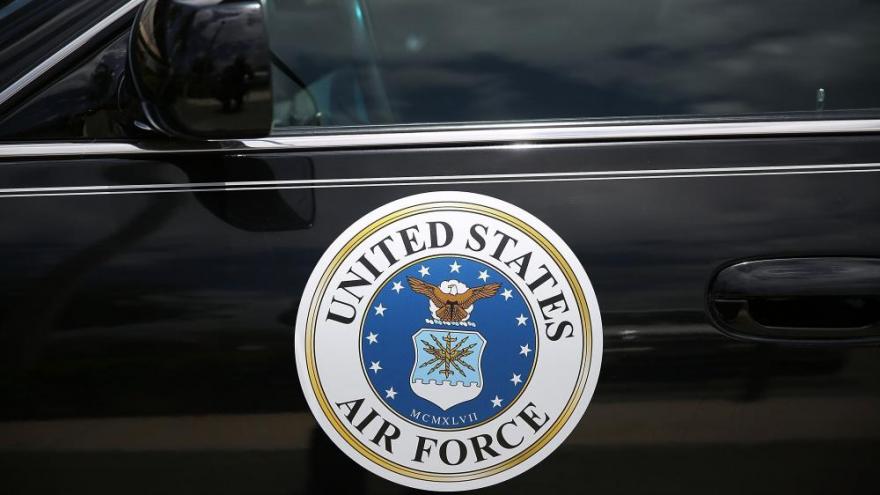 The US Supreme Court accepted a Justice Department appeal to review the cases of three men in the Air Force whose rape convictions were overturned last year -- including one whose confession the Air Force recorded -- when the top military appeals court found a five-year statute of limitations existed for military sexual assault before 2006.

(CNN) -- The US Supreme Court on Friday accepted a Justice Department appeal to review the cases of three men in the Air Force whose rape convictions were overturned last year -- including one whose confession the Air Force recorded -- when the top military appeals court found a five-year statute of limitations existed for military sexual assault before 2006.

The Supreme Court arguments will be scheduled for next spring and a ruling is likely by the end of June.

This will be the first time the justices consider a sexual assault issue in the #MeToo era, wading into a years-long controversy over how the military addresses sexual misconduct in its ranks as service branches continue to face scrutiny over their lack of progress countering the problem.

It could also mark a significant moment for the court's newest justice, Brett Kavanaugh. Just one year ago, Kavanaugh's confirmation was nearly derailed because of a sexual assault allegation against him from his high school years -- a claim he vehemently denies.

Kavanaugh is now one of nine justices who would shape legal precedent for sexual assault in the military, which government lawyers say and the military concedes is one of the most critical threats within the armed forces. ​

At the heart of the dispute is a ruling made last year by the Court of Appeals for the Armed Forces, the military's top appeals court, in a separate alleged rape case called US v. Mangahas.

The Mangahas decision prohibited prosecutors from bringing charges for rape that happened before 2006 unless the offense had been reported and charged within five years.

The Supreme Court will now interpret whether a five-year statute of limitations or no time limit should exist for the prosecution of military sexual assault for cases between 1986 and 2006.

For more than 30 years, military courts had operated under no time constraint for the prosecution of sexual assault. If there was enough evidence, these types of cases could be investigated and tried when reported.

But that precedent was complicated.

Historically, under military law, any crime must be charged within five years.

But in 1986, Congress exempted crimes that were punishable by the death sentence from the five-year statute of limitations. Rape was among those offenses.

In 2006, Congress revised the military code again, making clear that rape could be prosecuted "at any time without limitation."

The top military appeals court revisited the issue last year. Lt. Col. Edzel Mangahas had been accused of rape 18 years after an alleged 1997 assault at the US Coast Guard Academy.

The appeals court looked to a 1977 Supreme Court decision in a non-military case. In Coker v Georgia, the Supreme Court ruled that imposing the death sentence for rape was "cruel and unusual" punishment in violation of the Eighth Amendment.

In US v Mangahas, the appeals court determined that because death would never be imposed for the crime, rape did not qualify for the 1986 exemption and should fall under the five-year statute of limitations.

​The charges against Mangahas were dismissed. At least 10 additional cases were dismissed or not prosecuted, according to the US Justice Department. Four rape convictions were overturned as a result.

The Justice Department asked the Supreme Court this summer to step in and reverse the decision, which it describes firmly as a "misunderstanding of the law."

Allowing the lower court's decision to stand, US Solicitor General Noel Francisco wrote in the July filing, "would subvert the military's concerted effort to eradicate sexual assault, erode confidence in the military-justice system, and fuel the impression that 'nothing will happen to the perpetrator' of military rapes."

Francisco argued that Congress intended to have no deadline for the reporting and prosecution of rape cases.

"Recognizing that sexual assault within the military is devastating to the morale," he wrote, "Congress long made rape a capital office and has enabled rape to be prosecuted whenever it is discovered."

This move by the Justice Department was at the Air Force and Department of Defense's behest, Air Force spokesperson Lynn Kirby said in a statement to CNN.

The military requested the petition to the Supreme Court, Kirby said, after the "reversal of precedent."

"While we do not comment on ongoing litigation, we do recognize the significance of the Supreme Court's decision to hear this case. It has been more than 20 years since the Supreme Court has substantively reviewed a direct appeal of a court-martial case, meaning where the case is United States v. a specific military member," Kirby said.

Lawyers representing the men freed by the decision had urged the justices to reject the Justice Department's petition, arguing that the appeals court correctly interpreted the military code.

Rather, they stressed that the 2006 amendment - which said rape could be prosecuted "at any time without limitation" - was not intended to be retroactive.

They also emphasized that "only a closed set of crimes committed before 2006" would be affected by the ruling.

The Supreme Court will now resolve the matter.

The decision by the top military appeals court has reverberated through the entire military court system, the Justice Department says. The government argues that this ruling has further restricted a legal process that has long discouraged survivors from reporting their cases up the chain of command for fear of retaliation or indifference.

Top military officials -- including Chairman of the Joint Chiefs of Staff Mark Milley, the highest-ranking officer -- acknowledge how crippling the issue of sexual assault is within its ranks. But despite pledges by those at the highest levels of the Pentagon to substantively address the problem, statistics show the legal system tasked with adjudicating these cases has failed to evolve in a way that promotes optimism.

A new Inspector General report from the Department of Defense released October 15 revealed that women who reported rape experienced post-traumatic stress disorder at higher rates than men who survived combat.

"When service members are found to have committed sexual assault, the DoD must hold them accountable," the report says.

The number of reported assaults has steadily increased, which indicates survivors are more willing to come forward, but the military has not made a dent in the overall rate of assaults that occur.

The Pentagon's latest report on sexual assault from 2018 showed a 38% uptick in sexual assault. One out of 16 women in the military reported being sexually assaulted within the last year, and lower-ranking female service members - ages 17 to 24 - were especially likely to be victims.

This story has been updated with more information on the case.