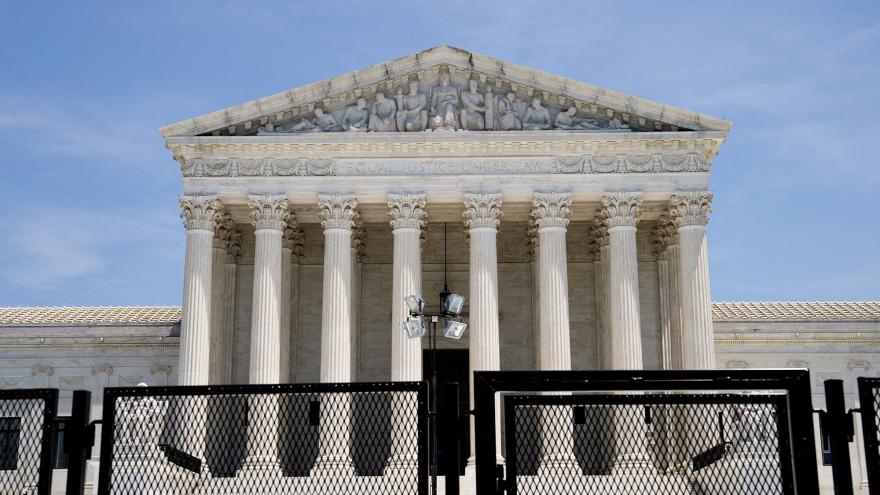 (CNN) -- The Supreme Court said Monday that a Washington state school district violated the First Amendment rights of a high school football coach when he lost his job for praying at the 50-yard line after games.

The opinion was 6-3 along conservative-liberal ideological lines.

"The Constitution and the best of our traditions counsel mutual respect and tolerance, not censorship and suppression, for religious and nonreligious views alike," Justice Neil Gorsuch wrote in the majority opinion.

The court said coach Joe Kennedy's prayers amounted to private speech, protected by the First Amendment, and could not be restricted by the school district.

"We are aware of no historically sound understanding of the Establishment Clause that begins to '(make) it necessary for government to be hostile to religion' in this way," Gorsuch wrote.

The decision continues a trend of a right-leaning court that has sided repeatedly in recent years with religious conservatives. Last week, the court said that Maine could not exclude religious schools from tuition assistance programs in a 6-3 decision divided along ideological lines.

"Today's ruling is the court's second major expansion of constitutional protections for religion in six days," said Steve Vladeck, CNN Supreme Court analyst and professor at the University of Texas School of Law.

"Last week, the court made it harder for states to decline to fund religious education. Today, the court is making it harder for secular schools to keep religion out of extracurricular activities, like high school football. In the name of defending religious exercise, the court's conservative majority has neutered the First Amendment's other reference to religion -- its prohibition of state sanctioning of it."

Justices Clarence Thomas and Samuel Alito each filed brief concurrences. In his majority opinion, Gorsuch differentiated the case from past cases, pushing back on the notion that the opinion would lead to more school prayer.

He said the prayers at issue "were not publicly broadcast or recited to a captive audience. Students were not required or expected to participate."

Gorsuch added that students "were not required or expected to participate," rejecting concerns of some of the parents that students could feel "coerced."

And he limited the discussion to three prayers instead of a broader pattern of the coach's conduct.

"Respect for religious expressions is indispensable to life in a free and diverse Republic -- whether those expressions take place in a sanctuary or on a field, and whether they manifest through the spoken word or a bowed head," Gorsuch wrote.