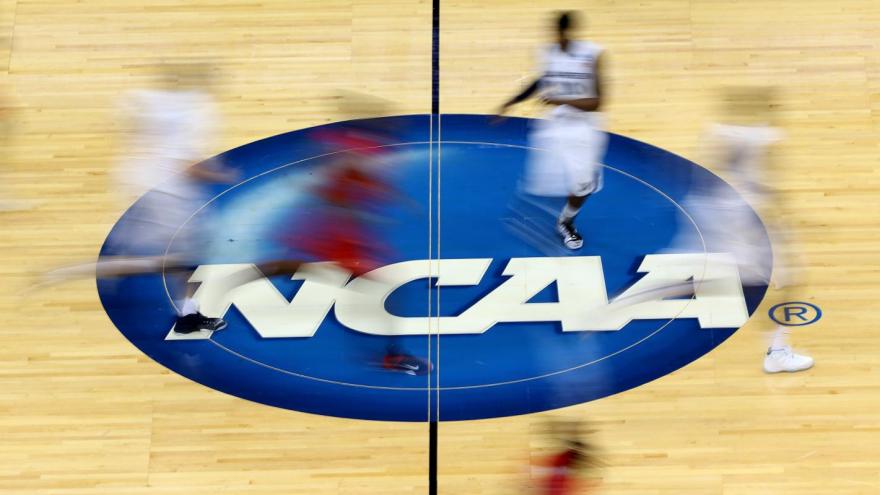 Mississippi Rebels and Xavier Musketeers players run by the NCAA logo at mid-court.

(CNN) -- A unanimous Supreme Court said on Monday that student athletes could receive education-related payments, in a case that could reshape college sports by allowing more money from a billion-dollar industry to go to the players.

College sports raise billions of dollars from ticket sales, television contracts and merchandise, and supporters of the students say the players are being exploited and barred from the opportunity to monetize their talents. In 2016, for example, the NCAA negotiated an eight-year extension of its broadcasting rights to March Madness, worth $1.1 billion annually.

Justice Neil Gorsuch delivered the opinion of a unanimous court targeting the education-related benefits at issue in the case. But in a concurring opinion, Justice Brett Kavanaugh said the NCAA is essentially acting "above the law" in how it treats athletes and questioned if more spending limits should fall.

"It is our hope that this victory in the battle for college athletes' rights will carry on a wave of justice uplifting further aspects of athlete compensation. This is the fair treatment college athletes deserve," Steve Berman, managing partner of Hagens Berman which represented students in the case, said in a statement on Monday.

The ruling is the first time in decades the Supreme Court has considered the issue and is a dramatic win for a class of students who said that they were being exploited. The NCAA had argued that the spending caps at issue were necessary to preserve a distinction between amateur and pro sports.

A district court preserved limits on compensation unrelated to education, but ruled that caps on some education-related benefits violate anti-trust laws. The ruling was largely upheld by the 9th US Circuit Court of Appeals, although the schools did not make immediate changes waiting for the legal process plays out.

Gorsuch said that the lower court had laid out the correct "fact specific" test that judges should use to assess restrictions and he rejected a more lax standard put forward by the NCAA.

"So, once more, if the NCAA believes certain criteria are needed to ensure that academic awards are legitimately related to education, it is presently free to propose such rules -- and individual conferences may adopt even stricter ones," Gorsuch wrote.

The lower court also said that the NCAA must also permit student athletes to receive unlimited non-cash "education-related benefits" including post-eligibility internships. The students can also receive annual payments up to $6,000 if they maintain academic eligibility.

Opening up to future challenges

Steve Vladeck, CNN Supreme Court analyst and professor at the University of Texas School of Law, said Gorsuch's opinion for the Court "repeatedly describes itself as modest, but it's likely to be anything but."

"As Justice Kavanaugh's concurrence poignantly notes, by ruling against the NCAA here, the justices have effectively undercut the central justification the NCAA uses for any number of practices that wouldn't fly in other industries," Vladeck said Monday.

"The floodgates are now open to an array of claims from student-athletes -- and the NCAA's amateurism-centric business model is likely to face far larger and more wide-ranging challenges in the near future," Vladeck added.

Seth Waxman, a lawyer for the NCAA, urged the court to reverse the lower court decision, arguing that it would cause money to flood into a few schools under the guise of "education related spending." He said it would allow, for instance, post-eligibility internships worth thousands of dollars further blurring the line between amateur and pro sports.

"These new allowances are akin to professional salaries," Waxman said at oral arguments.

Before the lawsuit, schools were allowed to provide tuition and fees, room and board, books and other expenses related to the cost of attendance. They are permitted to make payments for certain athletic participation awards, tutoring and study abroad expenses related to a course.

Jeffrey Kessler, a lawyer for Football Bowl Subdivision and Division 1 men's and women's basketball players behind the challenge, dismissed such concerns, telling the justices that the model of amateurism can be maintained even when providing more compensation to the students for education-related expenses.

He urged the justices to agree with the lower court in an opinion that he believed was carefully tailored, freeing the conferences and the schools to compete for student athletes by supporting their academic achievement.

"Even though the decision does not directly address name, image and likeness, the NCAA remains committed to supporting (name, image and likeness) benefits for student-athletes," said NCAA President Mark Emmert Monday. "Additionally, we remain committed to working with Congress to chart a path forward, which is a point the Supreme Court expressly stated in its ruling."

Multiple bills have been introduced in Congress since 2019 to address college athlete compensation.

And in February, Democrats Sen. Chris Murphy of Connecticut and Rep. Lori Trahan of Massachusetts announced the The College Athlete Economic Freedom Act.

"The NCAA collusion machine, designed to keep college athletes impoverished so the billions in profits can be kept for a small cabal of insiders, is finally starting to crumble to pieces," Murphy tweeted Monday.

Trahan, who received a scholarship to play women's volleyball at Georgetown University, said on Monday the high court's decision a step closer to getting athletes compensated for use of their name, image and likeness, but said it is not "a solution to all the problems within the NCAA system."

"It's imperative that Congress build on today's progress by codifying college athletes' right to monetize their NIL without interference from the NCAA," Trahan wrote in a Twitter thread. "Then, we must go further by guaranteeing them the right to organize and collectively bargain for the compensation, safety, and playing conditions they're owed."

While today's decision preserves the lower court ruling, it also reaffirms the NCAA's authority to adopt reasonable rules and repeatedly notes that the NCAA remains free to articulate what are and are not truly educational benefits, consistent with the NCAA's mission to support student-athletes.