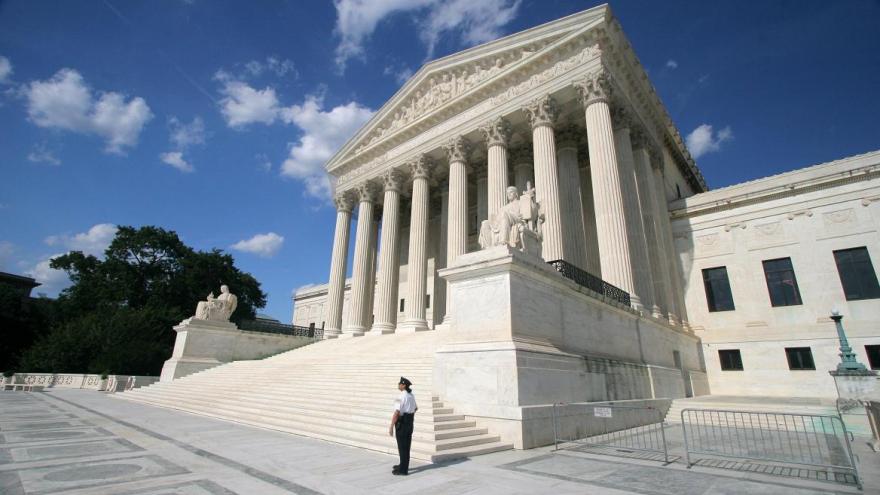 The Supreme Court on Monday denied a request to take up a challenge to a federal law requiring the registration of some firearms including silencers.daytime (graphics project)

(CNN) -- The Supreme Court on Monday left intact a federal law that requires the registration of some firearms, including silencers, and turned away a request to consider whether such firearm accessories are protected by the Second Amendment.

An appeals court had held that a silencer is not a "bearable" arm protected by the Constitution.

The case comes as a silencer was used during the recent Virginia Beach massacre and President Donald Trump suggested he'd look into restrictions on gun silencers. The Trump administration had also urged the court not to take up the issue.

The order was issued without comment or recorded dissent.

Shane Cox owned an army surplus store in Kansas where he sold unregistered homemade silencers and Jeremy Kettler bought one of them. They were convicted under the National Firearms Act, passed in 1934, which requires individuals to register silencers and to pay a federal tax of about $200. The law has the effect of limiting the number of silencers, but not banning them. It also makes it harder to transfer them.

Eight states and Washington, DC, go further and ban silencers altogether, others ban them unless registered with the Bureau of Alcohol, Tobacco and Firearms.

Court experts did not expect the court to take up this issue, but believe justices are more likely to look at other issues concerning public carry and assault weapons.

Some believe the lower courts are thumbing their nose at the landmark Heller v. US decision in 2008 holding that the Second Amendment protects an individual's right to keep and bear arms. Earlier in this term the justices did agree, however, to take up a Second Amendment case for next term about a New York City gun law concerning the transport of guns outside the home.