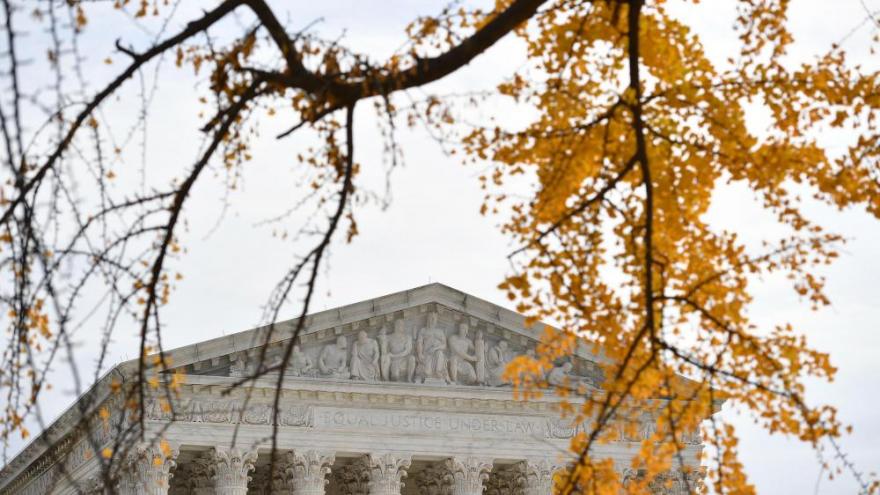 The Supreme Court ruled 8-0 on Dec. 10 that the military can prosecute at any time sexual assault cases committed between 1986 and 2006, overturning what had been a loophole of a five-year statute of limitations that existed for military sexual assault before 2006.

(CNN) -- The Supreme Court ruled 8-0 on Thursday that the military can prosecute at any time sexual assault cases committed between 1986 and 2006, overturning what had been a loophole of a five-year statute of limitations that existed for military sexual assault before 2006.

The case centered on three men in the Air Force whose rape convictions were overturned in 2018 -- including one whose confession the Air Force recorded -- when the top military appeals court affirmed that the five-year statute of limitations existed for military sexual assault before 2006. That decision led to the rape convictions of at least four service members being vacated.

Historically, under military law, any crime must be charged within five years. But in 1986, Congress exempted crimes -- including rape -- that were punishable by the death sentence from the five-year statute of limitations. In 2006, Congress revised the military code again, making clear that rape could be prosecuted "at any time without limitation."

The ruling marks the first time the justices considered a sexual assault issue in the #MeToo era, wading into a years-long controversy over how the military addresses sexual misconduct in its ranks as service branches continue to face scrutiny over their lack of progress countering the problem.

One of the men previously convicted before the top military appeals court's 2018 ruling was Air Force Lt. Col. Michael Briggs, who in a 2013 phone call confessed to raping SSgt. "DK" in 2005. After receiving a call from the victim, Briggs detailed how he went to her room after a long night of drinking, pushed himself on her and continued to have sex with her despite pleas for him to stop.

A recording of that call played in a military court in 2014. Briggs was tried by a judge, found guilty and sentenced to five months in prison, dismissed from the Air Force and registered as a sex offender.

DK said Thursday that when the decision came down, her husband held her and together they cried. But while the Supreme Court win was a personal victory, for other victims it could prove to be life-changing.

Harmony Allen, who was raped and beaten by Master Sgt. Richard D. Collins on Texas' Sheppard Air Force Base in 2000, said Thursday that "having an 8-0 unanimous panel speaks volumes to how seriously this country is taking the stance against rape in the military."

Collins was tried for Allen's rape before a military court on Eglin Air Force Base in Florida in late February 2017. A jury of his peers found Collins guilty of rape and sentenced him to 16 and a half years in prison, but he was released after serving just two years of his sentence due to the top military appeals court's decision.

"Going through the trial and having him get out made me feel worse than going through the actual rape, because I had to relive the rape and gruesome details to a court full of strangers," Allen said. "To put yourself through that and then have the military say, 'that's great that that happened, but we're going to let him go free,' and just trying mentally to deal with that -- it's been impossible to heal from the rape. With him going back and with the country standing behind rape victims, I think this is going to bring healing to me and a lot of other victims."

The Pentagon's report on sexual assault from 2018 showed a 38% uptick in sexual assault. One out of 16 women in the military reported being sexually assaulted within the last year, and lower-ranking female service members -- ages 17 to 24 -- were especially likely to be victims.

Justice Amy Coney Barrett was not on the bench when the case was heard.