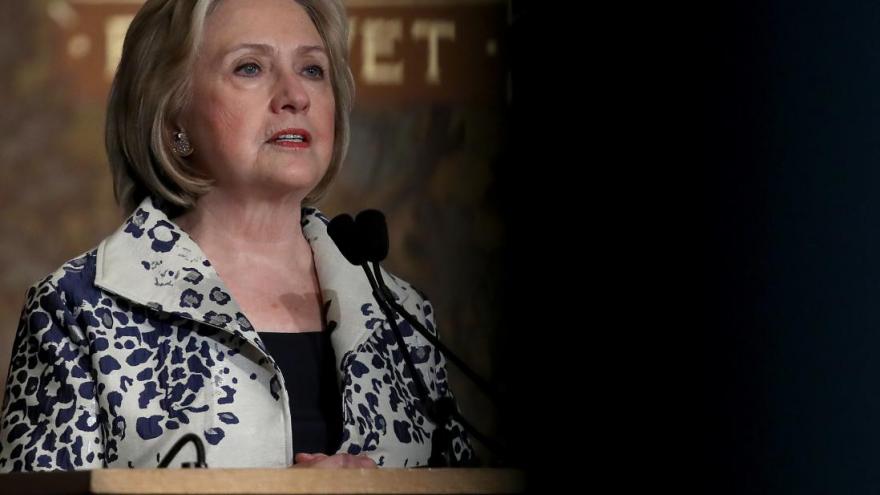 The Supreme Court on March 29 left in place a lower court order that blocked the conservative group Judicial Watch from deposing former Secretary of State Hillary Clinton, seen here in 2019, about her use of a private email account in a lawsuit.

(CNN) -- The Supreme Court on Monday left in place a lower court order that blocked the conservative group Judicial Watch from deposing former Secretary of State Hillary Clinton about her use of a private email account in a lawsuit related to the 2012 attack on the US consulate in Benghazi, Libya.

The court's denial on Monday was unsigned.

Judicial Watch had asked to depose Clinton, top aide Cheryl Mills and other former State Department employees in a case seeking public access to the emails from the State Department.

Clinton's emails were already investigated by Congress, the State Department inspector general and the FBI, and she previously gave written answers in another lawsuit, the appeals court noted last year.

Judicial Watch President Tom Fitton claimed in a statement Monday that Clinton "received special protection from both the courts and law enforcement," adding that "Americans would never have known about Hillary Clinton's email and related pay for play scandals but for Judicial Watch's diligence."

News broke in March 2015 that Clinton used personal email addresses connected to a privately owned server, rather than a government email, during her four years as President Barack Obama's first-term secretary of state. The email controversy became an issue that hounded Clinton's 2016 presidential campaign.

In 2019, the State Department released details of an investigation saying that there was no "persuasive evidence" of widespread mishandling of classified information in the controversy surrounding Clinton's use of a private email server.

This story has been updated with comment from Judicial Watch.