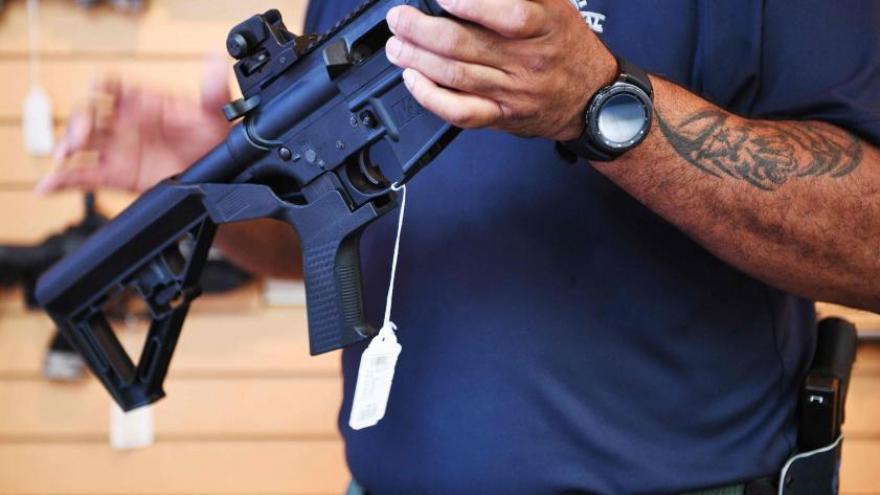 The Supreme Court denied a request to put the Trump administration's rule banning bump stocks on hold while legal challenges play out in lower courts.

The court issued a one sentence order on the ban -- which went into effect Tuesday -- with no noted dissents.

A bump stock is an attachment that essentially allows shooters to fire semiautomatic rifles continuously with one pull of the trigger.

The Justice Department issued a rule in December interpreting an existing prohibition against fully automatic weapons to also cover the attachment.

Owners were given 90 days to turn in or destroy them, and that period ended Tuesday.

Gun Owners of America, other pro-gun rights groups and individuals who own bump stocks asked the court Tuesday to step after the federal ban on the plastic stocks went into effect. They wanted the rule put on hold while legal challenges play out in courts below.

"The final rule mandates the destruction of over 500,000 firearm accessories known as 'bump stocks,' owned by hundreds of thousands of law abiding Americans, and valued over $100 million," their lawyer, Robert J. Olson, argued in court papers. He said now that the rule is in effect, the Bureau of Alcohol, Tobacco, Firearms, and Explosives (ATF) can bring felony prosecution charges against those who don't comply as well as seek penalties for up to 10 years imprisonment and a $250,000 fine. He argued that bump stocks should not be included in the ban.

"The Final Rule is the very embodiment of a violation of the separation of powers -- Congressional authority being wielded by an administrative agency," Olson said.

Lawyers for the Trump administration urged the Supreme Court Tuesday to deny the request.

"Every Court to rule on a request to preliminarily enjoin the rule has determined that a preliminary injunction is unwarranted," Solicitor General Noel Francisco told the justices in a court filing.

Francisco said the ATF regulation was necessary to advance the "safety of law-enforcement personnel" and would result "in less danger to first responders when responding to incidents."

Bump stocks came under scrutiny after the October 2017 massacre in Las Vegas. A shooter opened fire from his hotel suite onto outdoor concertgoers with rifles fitted with bump stocks, killing 58 people and wounding hundreds of others.