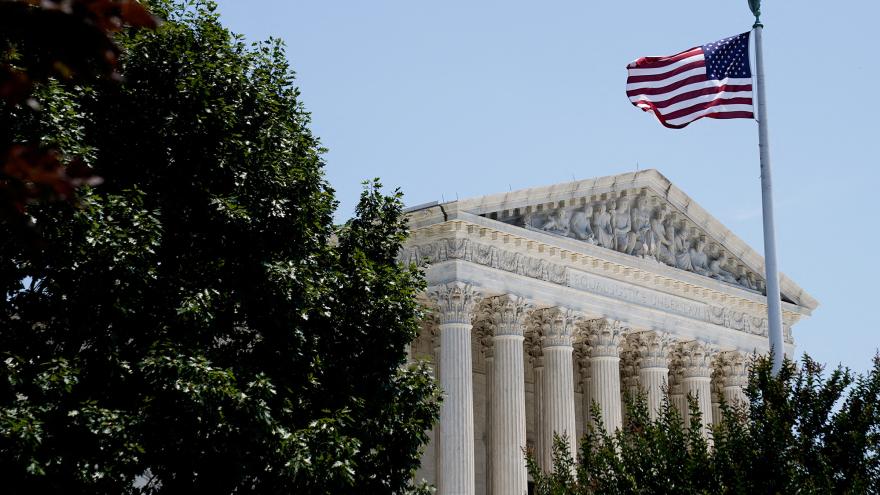 (CNN) -- The Supreme Court has declined to revisit the landmark First Amendment decision in New York Times v. Sullivan, a 1964 ruling that created a higher bar for public figures to claim libel and has been a bedrock of US media law.

Justice Clarence Thomas dissented from the court's refusal to take up the case.

"I would grant certiorari in this case to revisit the 'actual malice' standard," Thomas wrote. "This case is one of many showing how New York Times and its progeny have allowed media organizations and interest groups 'to cast false aspersions on public figures with near impunity.'"

He continued, "SPLC's 'hate group' designation lumped Coral Ridge's Christian ministry with groups like the Ku Klux Klan and Neo-Nazis. It placed Coral Ridge on an interactive, online 'Hate Map' and caused Coral Ridge concrete financial injury by excluding it from the AmazonSmile donation program. Nonetheless, unable to satisfy the 'almost impossible' actual-malice standard this Court has imposed, Coral Ridge could not hold SPLC to account for what it maintains is a blatant falsehood."

Thomas and Justice Neil Gorsuch had previously urged the justices to revisit the breadth of the decision -- which established the requirement that public figures show "actual malice" before they can succeed in a libel dispute against a newspaper or individual.

The group sought to sue the Southern Poverty Law Center for defamation for calling Coral Ridge a "hate group" -- a designation that appears on its website and is used in some of its fundraising materials, publications, and training programs. In court papers, the center said that Coral Ridge calls homosexual conduct "lawless," an "abomination" and "shameful."

Coral Ridge lost in lower courts and subsequently filed a petition with the Supreme Court asking to revisit the libel standard.

"This Court's 'actual-malice' standard, invented for a particular time and a particular purpose, has become obsolete and does not serve any of the interests it was designed to protect by limiting private individuals from bringing defamation claims against other private companies or individuals," David C. Gibbs III, a lawyer for Coral Ridge, told the justices. He said the decision "no longer acts as a bulwark to protect civil rights" but instead, "a sword used to bludgeon public figures with impunity while hiding behind this Court's mistaken view of the First Amendment."

"The court has also recognized that the questions surrounding certain religious views of homosexuality are of significant public interest and that free and open debate in this area is essential," they argued.

This is story has been updated with additional information.