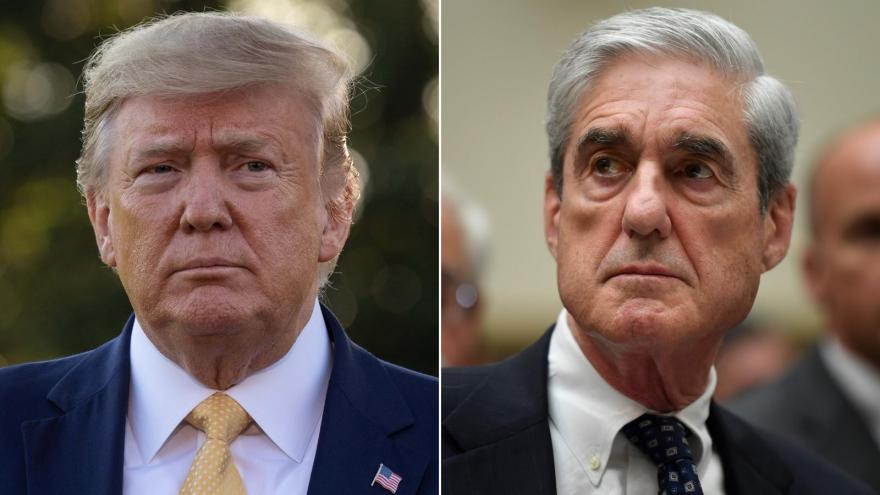 The Supreme Court temporarily blocked the release of Mueller grand jury material to the Democratic-led House of Representatives.

The House Judiciary Committee has been attempting to obtain the documents that the special counsel's prosecutors collected from witnesses about President Donald Trump, and the ruling continues the fight between the White House and Congress over subpoena power.

The material at issue includes portions of Mueller's report that were redacted to protect grand jury information and underlying grand jury testimony and exhibits that related to certain individuals and events described in the report.

The White House and Justice Department had asked the Supreme Court to block the release of the material to give them time to file a full appeal.

In the brief, unsigned order, the justices set out a time period asking for briefs by June 1. Such a timeline suggests they will decide before this term ends whether to take up the case.

There were no noted dissents.

A federal appeals court in March sided with the Judiciary Committee, saying that lawmakers had a "compelling need" to view the secretive details.

The Justice Department asked the Supreme Court to block the release of the materials, arguing it would suffer "irreparable harm" if it had to turn over the grand jury records before lawyers could file their appeal, since the documents will have already been released to Congress.

The House originally requested the material more than a year ago, and in court papers filed with the Supreme Court on Monday, a lawyer for the House said that the "Committee's impeachment investigation related to obstruction of justice pertaining to the Russia investigation is ongoing."

"If this material reveals new evidence supporting the conclusion that President Trump committed impeachable offenses," said Douglas Letter, the House general counsel, "the Committee will proceed accordingly -- including, if necessary, by considering whether to recommend new articles of impeachment."

But Letter said he feared that if the Supreme Court ultimately agrees to take up the case, it will be months before a decision is rendered, threatening the committee's ability to complete its impeachment investigation during the current Congress.

This story has been updated with additional details of the Supreme Court's actions.