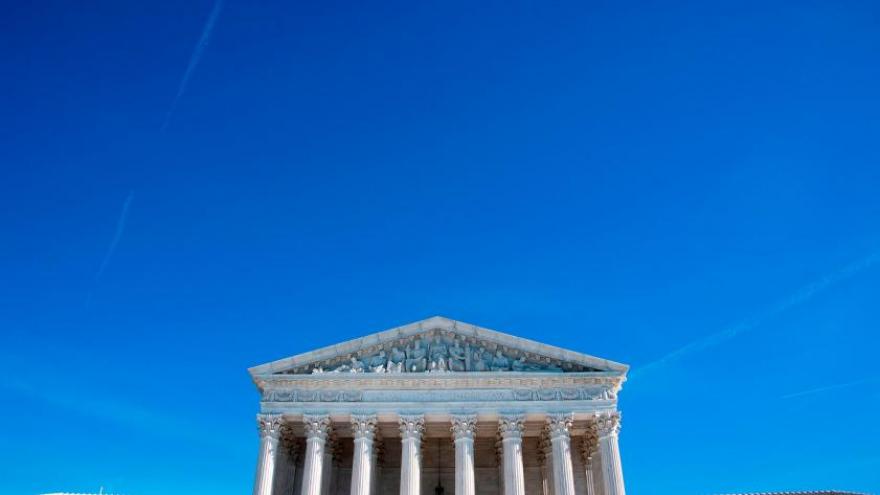 A 5-4 Supreme Court is allowing a rule that would make it more difficult for immigrants to obtain legal status if they use public benefits like food stamps and housing vouchers to go into effect in every state.

(CNN) -- A 5-4 Supreme Court is allowing a rule that would make it more difficult for immigrants to obtain legal status if they use public benefits like food stamps and housing vouchers to go into effect in every state.

Last month, a 5-4 court greenlighted the so-called "public charge" rule across the country except for Illinois, because the state was governed by a separate judicial order. Now, while litigation continues, the rule will be in effect nationwide. US Citizenship and Immigration Services says it will implement the rule on Monday.

The court's move is a win for the Trump administration, and the White House said Saturday that it's "gratified" by the ruling.

"This final rule will protect hardworking American taxpayers, safeguard welfare programs for truly needy Americans, reduce the Federal deficit, and re-establish the fundamental legal principle that newcomers to our society should be financially self-reliant and not dependent on the largess(e) of United States taxpayers," the statement released by the Office of the Press Secretary said.

Solicitor General Noel Francisco had argued in part that the public charge rule, unveiled last August, is necessary because "the availability of public benefits should not be an incentive for immigration to the United States."

The public charge rule made national headlines last summer when then-acting Director of US Citizenship and Immigration Services Ken Cuccinelli, in his defense of the rule, revised the iconic poem on the Statue of Liberty's pedestal, saying: "Give me your tired and your poor who can stand on their own two feet and who will not become a public charge."

Advocates and several states immediately opposed the rule, arguing that the changes would penalize immigrants who rely on temporary assistance from the government and impose costs on the states.

The rule will affect people who are trying to obtain lawful permanent status, otherwise known as a green card. To that end, the rule has the potential to reshape legal immigration by limiting access to green cards for lower-income immigrants.

This story has been updated Saturday to include a statement from the White House on the Supreme Court's ruling.