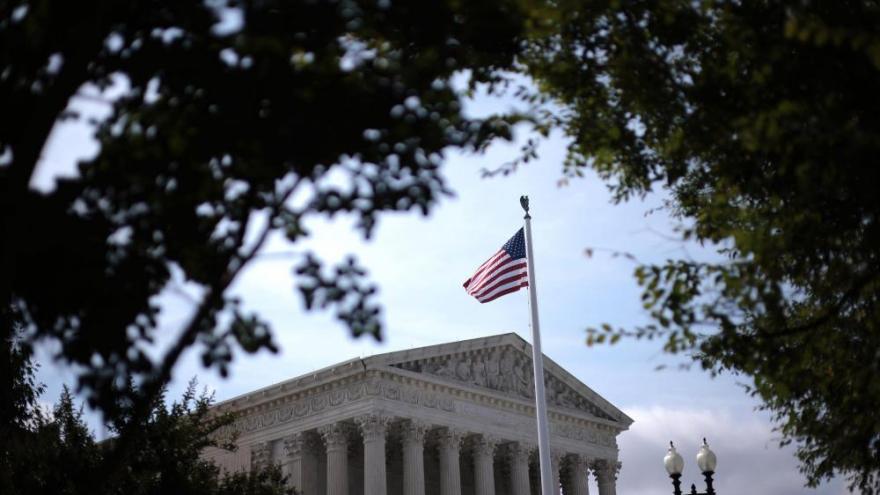 A divided Supreme Court on June 29 denied a request to block a US Centers for Disease Control and Prevention order that prohibits landlords nationwide from evicting certain tenants who fail to pay rent amid the Covid-19 pandemic.

(CNN) -- A divided Supreme Court on Tuesday denied a request to block a US Centers for Disease Control and Prevention order that prohibits landlords nationwide from evicting certain tenants who fail to pay rent amid the Covid-19 pandemic.

The court's order means the moratorium will remain in place until July 31.

Chief Justice John Roberts and Justice Brett Kavanaugh joined with the court's three liberals to keep the moratorium in place.

Justices Clarence Thomas, Samuel Alito, Neil Gorsuch and Amy Coney Barrett said they would have granted the request to lift it.

The current moratorium was set to expire Wednesday, but last week CDC Director Dr. Rochelle Walensky announced what she said was a "final" extension until July 31. In a statement she said that the pandemic has presented a "historic threat to the nation's public health" and that "keeping people in their homes and out of crowded or congregate settings -- like homeless shelters -- by preventing evictions is a key step in helping to stop the spread of Covid-19."

A group of landlords, real estate companies and real estate trade associations asked the justices to step in -- on an emergency basis -- arguing that "Congress never gave the CDC the staggering amount of power it now claims."

They argue that the moratorium has resulted in "over $13 billion in unpaid rent per month."

A district court ruled against the government, holding that the moratorium was unlawful but then the court put its ruling on hold pending appeal. The DC Circuit declined to lift the stay.

Acting Solicitor General Elizabeth Prelogar urged the justices to allow the moratorium to remain in effect for now. She told the justices in court papers that federal law authorizes the secretary of Health and Human Services, through the CDC, to adopt regulations to "prevent the introduction, transmission, or spread of communicable diseases" from one state to another.

She said the moratorium on residential evictions is "temporary" and is necessary because evictions would increase the risk of spreading Covid by forcing renters to move into shared-living or become homeless.

Late Thursday she wrote a letter to update the justices on the new extension. Prelogar said that the order was extended past June 30 to avoid a "wave of evictions" that she said, could amount to the "hundreds and thousands" over this summer and early fall.

As he often does, Kavanaugh wrote to explain why he voted to allow the moratorium to remain in place. On the one hand, he said he agreed with the District Court that the CDC exceeded its statutory authority by issuing a nationwide moratorium.

But, he said, because the CDC has said it will end the moratorium in a few weeks he would allow it to remain in place. He said the extra weeks will "allow for additional and more orderly distribution of the congressionally appropriated rental assistance funds."

Kavanaugh made clear however, that if the government were to extend the moratorium past July 31, it would need "specific congressional authorization."