Super Bowl LV will be unlike any other (except, of course, for Tom Brady) 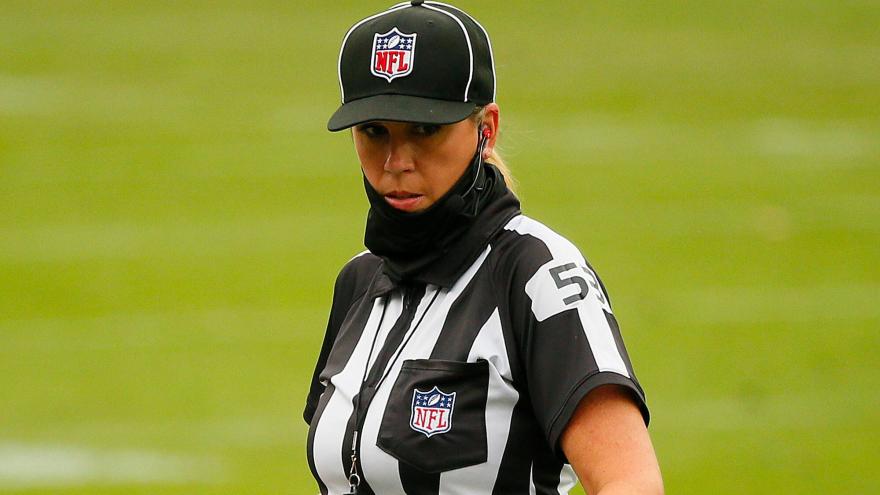 Sarah Thomas will make history as the first female official at the Super Bowl.

(CNN) -- Super Bowl LV will be more than a battle between two of the premier quarterbacks in the National Football League.

The crown jewel of American sports will be played Sunday at Raymond James Stadium in Tampa, which, like many sporting venues around the country, has been doubling as a coronavirus testing site during the pandemic -- a stark reminder this will be no ordinary Super Sunday.

In fact, the game between the Kansas City Chiefs and Tampa Bay Buccaneers will cap an extraordinary NFL season that saw 262 players and 463 coaches and other personnel test positive for the coronavirus, players and teams sanctioned for violating pandemic protocols, and games reshuffled after outbreaks.

"This was an extraordinary collective effort," NFL Commissioner Roger Goodell said. "There were so many people that had to work together to get this done. There were doubters, obviously. There were people that didn't believe we could do it. Obviously, we had a lot of unknowns ourselves... We had to adapt at every stage just like everybody else."

Not a single game was canceled.

"Those were some anxious days," Goodell said of dealing with the pandemic during the 16-game regular season. "There's no question about it."

Here are five ways Super Bowl LV will be unlike any other:

The number of spectators is limited

The last time the Super Bowl was played at Raymond James Stadium, in 2009, there were 70,774 fans in the stands as the Pittsburgh Steelers defeated the Arizona Cardinals.

On Sunday, there will only be about 25,000 fans in attendance, including 7,500 vaccinated health care workers invited as guests of the league, amid concerns about exposure to the coronavirus.

The NFL has said health care workers will be recognized with tributes in the stadium and during the broadcast on CBS.

"These dedicated health care workers continue to put their own lives at risk to serve others, and we owe them our ongoing gratitude. We hope in a small way that this initiative will inspire our country and recognize these true American heroes," Goodell said.

Fans will receive a giveaway for the pandemic era: Free PPE kits, including masks, wipes and hand sanitizer.

One team has the home field advantage

Tampa Bay, led by 43-year-old quarterback Tom Brady, will be the first team to host a Super Bowl in their stadium.

"A home Super Bowl for the first time in NFL history, I think, puts a lot of cool things in perspective," said Brady, who will be making a record 10th career Super Bowl appearance. "Any time you're the first time doing something, it's usually a pretty good thing."

Brady is in his first year with the Buccaneers after 20 seasons -- and six Super Bowl victories -- with the New England Patriots.

It will be Tampa Bay's second title game since winning Super Bowl XXXVII against the then-Oakland Raiders in San Diego, California, to end the 2002 season.

The Chiefs, led by 25-year-old Patrick Mahomes, look to become the first team to win back-to-back Super Bowls since Brady and the Patriots did it in 2003 and 2004.

A woman will officiate

Sarah Thomas will become the first woman to be part of the officiating crew for a Super Bowl game. She will be the down judge in the crew of eight officials.

Thomas had already made history when she was named the first permanent female NFL official in 2015 and became the first female to officiate an NFL playoff game in 2019.

"Her elite performance and commitment to excellence has earned her the right to officiate the Super Bowl," NFL Executive Vice President of Football Operations Troy Vincent Sr., said in a statement last month.

At the time of her appointment to the NFL in 2015, Thomas said she was honored to be considered a "trail blazer" but stressed that her focus was on "being the best official I can be."

"I've just been doing this truly because I love it," she said. "The guys don't think of me as a female, they see me as just another official."

The Weeknd, the Canadian musician whose real name is Abel Tesfaye, will perform during a halftime musical show that will take place in different parts of the stadium.

The singer did not reveal specifics at a Thursday news conference.

"You have to watch Sunday," he said.

Known for sometimes graphic music videos, The Weeknd said he will keep the show "PG for the families" and promised to be "respectful to the viewers."

Watching at home, tone it down

The pandemic has meant that everything surrounding the big game -- from the accompanying parties to the TV commercials -- has been either toned down, scaled back or gone virtual.

The same goes for watching the Super Bowl at home.

The Centers for Disease Control and Prevention is asking people to forego the big house viewing parties. Instead, the CDC advises, watch the game at home with the people you live with.

"Attending large gatherings including the Super Bowl increases your risk of getting and spreading COVID-19," according to the guidance posted on the CDC's website.

Those who insist on having a small watch party should host it outdoors and make sure everyone has a mask, according to the CDC. The guidance recommends limiting alcohol consumption because alcohol may make you less likely to follow Covid-19 safety measures.

"Use a projector screen to broadcast the game. Sit at least 6 feet away from people you don't live with," the CDC said.

And avoid chanting or cheering, as both can hurl viral particles into the air. "Stomp, clap, or bring hand-held noisemakers instead," the CDC said.

"We want our fans to be safe," he told reporters Thursday. "They need to be smart. They need to wear their PPE. They need to be gathering in small groups. We worked with the CDC about their advice ... about staying at home and doing it with family and household members and we believe that's the way it should happen."

The commissioner added, "We're all going to enjoy the Super Bowl a little different this year."