Sun, frost may have contributed to bridge pileup 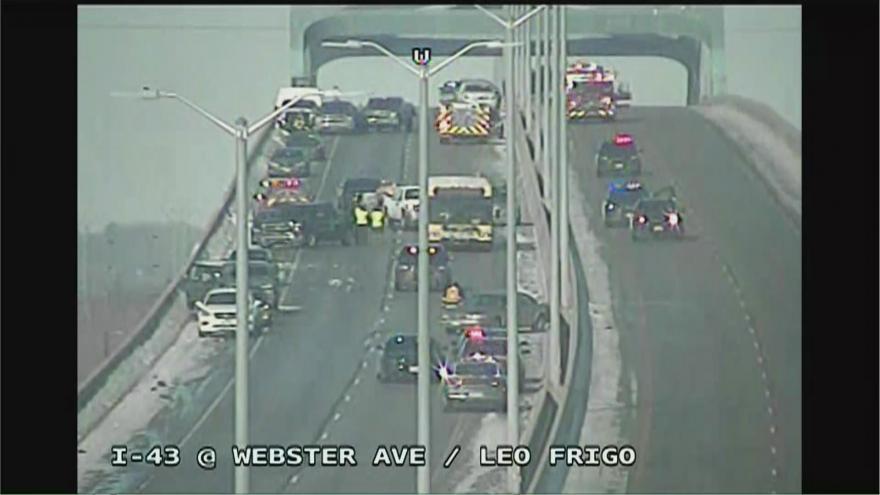 GREEN BAY, Wis. (AP) -- The blinding sun may have contributed to a pileup on a Green Bay bridge that involved more than 30 vehicles and sent six people to the hospital.

The crash closed all lanes of Interstate 43 on the Leo Frigo bridge for about four hours Tuesday morning.

Green Bay Police Lt. Brad Strouf says several people involved in the pileup told investigators they were having trouble seeing because the rising sun was directly in their eyes as they crested the bridge.

Strouf says a light frost on the road may have also been a factor in the crash.