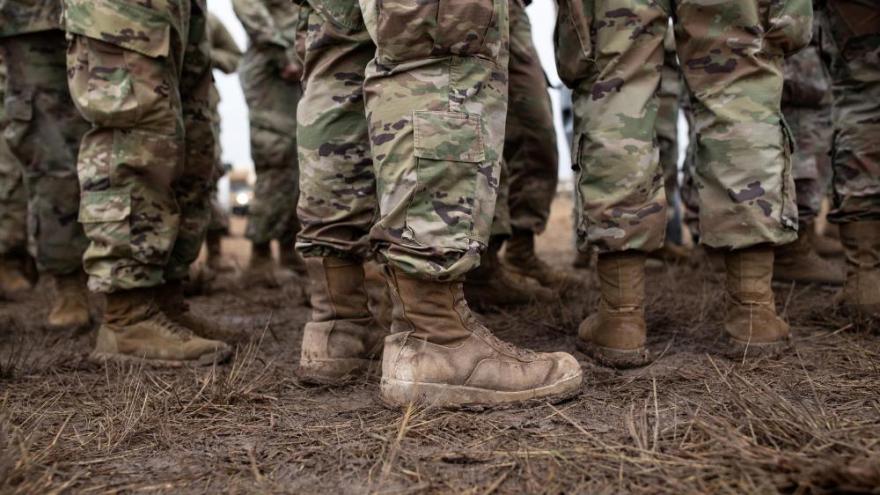 (CNN) -- The suicide rate among active duty service members in the US military increased by 41.4% in the five years from 2015 to 2020, according to data provided in the annual report from the Department of Defense on suicide in the military.

"The findings are troubling. Suicide rates among our service members and military families are still too high, and the trends are not going in the right direction," Secretary of Defense Lloyd Austin said in a statement Thursday.

'We must redouble our efforts'

The department did not see any impact from Covid-19 on statistical suicide rates from 2019 to 2020, Defense Suicide Prevention Office Director Dr. Karin Orvis said Thursday during a briefing about the report. However, the report acknowledged that the pandemic could be one of multiple factors that contribute to well being and suicide risk.

"We must redouble our efforts to provide all of our people with the care and the resources they need, to reduce stigmas and barriers to care, and to ensure that our community uses simple safety measures and precautions to reduce the risk of future tragedies," Austin said.

In the span of two days this month, three military service members at Fort Drum in New York died in suspected suicides. An investigation into the cause of death for all three men is ongoing, according to Lt. Col. Josh Jacques, a spokesperson for Fort Drum.

Green had recently deployed with his unit to Afghanistan twice, returning from his most recent deployment on September 6. "Officials do not believe the primary reason was because he just returned from a deployment," Jacques said.

"Immediately when we have a situation when a soldier is suspected of taking their own life, we want to know the trigger. What are the underlying challenges that contributed to the decision to harm themselves? We want to know what didn't we catch? What are we missing? This is what our immediate focus is," Maj. Gen. Milford H. Beagle, Jr., Commander of the 10th Mountain Division at Fort Drum, said in a statement obtained by CNN Thursday.

Secretary of the Army Christine Wormuth and Chief of Staff of the Army Gen. James McConville, along with Austin, say they recognize that more needs to be done to combat the issue of suicide in the military.

"Suicide remains a significant challenge for our Army," Wormuth and McConville said in a joint statement about the annual report. "While there is no clear understanding of what is causing the increase in suicides, we realize we have to do better in preventing suicide and ensure resources are available and readily accessible."