Study links even mild Covid-19 to changes in the brain 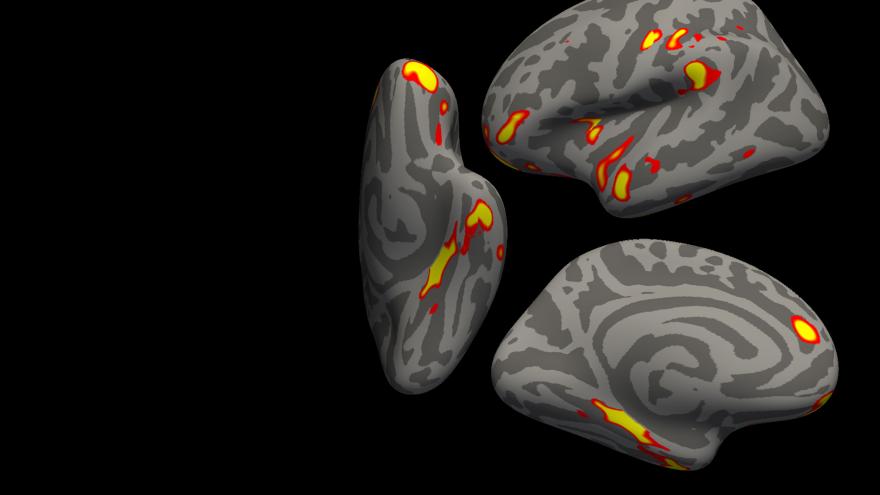 (CNN) -- People who have even a mild case of Covid-19 may have accelerated aging of the brain and other changes to it, according to a new study.

The study, published Monday in the journal Nature, is believed to be the largest of its kind. It found that the brains of those who had Covid-19 had a greater loss of gray matter and abnormalities in the brain tissue compared with those who didn't have Covid-19. Many of those changes were in the area of the brain related to the sense of smell.

"We were quite surprised to see clear differences in the brain even with mild infection," lead author Gwenaëlle Douaud, an associate professor of neurosciences at the University of Oxford, told CNN in an email.

Douaud and her colleagues evaluated brain imaging from 401 people who had Covid-19 between March 2020 and April 2021, both before infection and an average of 4½ months after infection. They compared the results with brain imaging of 384 uninfected people similar in age, socioeconomics and risk factors such as blood pressure and obesity. Of the 401 infected people, 15 had been hospitalized.

Douaud explained that it is normal for people to lose 0.2% to 0.3% of gray matter every year in the memory-related areas of the brain as they age, but in the study evaluation, people who had been infected with the coronavirus lost an additional 0.2% to 2% of tissue compared with those who hadn't been infected.

In addition to imaging, the participants were tested for their executive and cognitive function using the Trail Making Test, a tool used to help detect cognitive impairments associated with dementia and test a person's brain processing speed and function. The researchers found that those who had the greatest brain tissue loss also performed the worst on this exam.

Although the areas of the brain most affected appear to be related to the olfactory system, Douaud said it wasn't clear why that was the case.

"Since the abnormal changes we see in the infected participants' brains might be partly related to their loss of smell, it is possible that recovering it might lead to these brain abnormalities becoming less marked over time. Similarly, it is likely that the harmful effects of the virus (whether direct, or indirect via inflammatory or immune reactions) decrease over time after infection. The best way to find out would be to scan these participants again in one or two years' time," she said.

Douaud added that the researchers anticipate reimaging and testing the participants in one or two years.

And while the study finds some association between infection and brain function, it's still not clear why. Previous studies have shown people with significant and repeated loss of smell also have an associated loss of gray matter. However, this study did not evaluate whether people actually had a loss of smell.

The authors cautioned that the findings were only of a moment in time but noted that they "raise the possibility that longer-term consequences of SARS-CoV-2 infection might in time contribute to Alzheimer's disease or other forms of dementia."

The findings were noticeable, but they weren't enough to cause alarm, said Dr. Richard Isaacson, a neurologist and director of the Florida Atlantic University Center for Brain Health. Isaacson was not involved in the study.

Isaacson said the findings were noticeable for clinicians, but he added that the overall impact on individuals was difficult to determine and could be small. "It's really hard to know the long-term clinical impact and quality of life impact in a situation like this," he said.

"The brain may be affected by other mechanisms such as immune, inflammatory, vascular or psychological/behavioral change but not direct infection," said Dr. Alan Carson, a professor of neuropsychiatry at the Center for Clinical Brain Sciences at the University of Edinburgh, who was not involved in the study.

"What this study almost certainly shows is the impact, in terms of neural changes," he said. "But I don't think it helps us understand the mechanisms underpinning cognitive change after Covid infection."