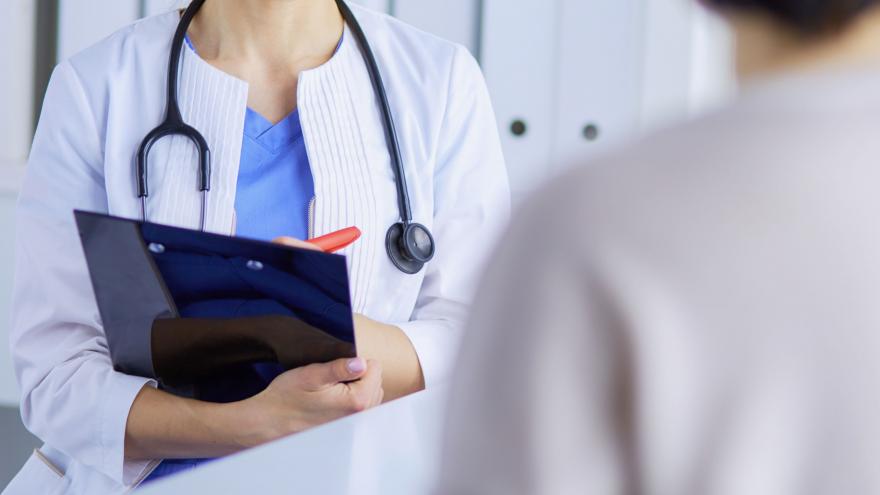 (CNN) -- Female doctors get paid less than male doctors, but a new study disputes the common wisdom that it's because they work less.

"That raises the question of whether we are paying for what we really care about in health care," said Dr. Ishani Ganguli, an internal medicine specialist at Harvard Medical School and Brigham and Women's Hospital, who led the study team.

Ganguli and colleagues looked at billing and time data covering more than 24 million visits to primary care doctors in the US in 2017.

"We calculated that women were paid 87 cents to the dollar for every hour worked compared to their male colleagues," Ganguli told CNN.

Female doctors spent an average of two minutes more per visit than men did. It doesn't sound like much, but it adds up over time, Ganguli said. And they are not spending that time chit-chatting.

"When you compare by visit, women actually did more during the visit," said Ganguli, herself a primary care provider. "They put in more medical orders, they discussed more medical diagnoses and preventive care. They are spending more time per visit."

Ganguli and her team did not sit in on visits, so they cannot say precisely what is going on. "We are using clues from billing information about what orders are put in, like for blood tests, or what diagnosis was talked about," she said.

"We know that all primary care doctors are strapped for time and that doctors and patients all want more time in visits," Ganguli said.

Hannah Neprash, a health economist at the University of Minnesota's School of Public Health who worked on the study, said the findings show the U.S. health system pays physicians using a flawed formula.

"Female physicians report the highest rates of burnout and our findings may help explain why. If longer visits contribute to feelings of time pressure and a chaotic work environment -- for lower pay -- it's understandable that job satisfaction might be lower," she said in a statement.

Male doctors are better at something else, too. "We also found evidence of billing differences," the team wrote.

"Although female primary care providers documented more diagnoses and placed more orders, they were more likely to miss opportunities to bill higher-paying visit codes on the basis of the time they had spent with patients, a finding that was consistent with the results of a study showing that female radiation oncologists billed fewer lucrative procedures than their male counterparts."