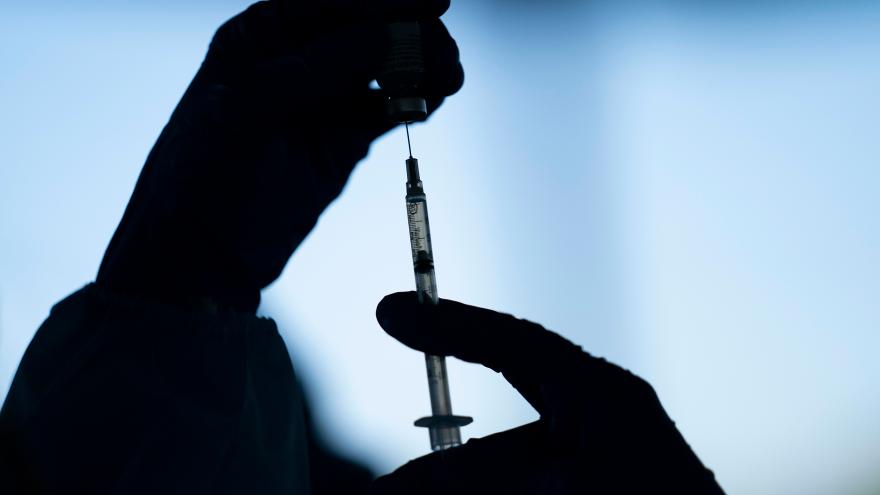 (CNN) -- Two real-world studies published Wednesday confirm that the immune protection offered by two doses of Pfizer's Covid-19 vaccine drops off after two months or so, although protection against severe disease, hospitalization and death remains strong.

The studies, from Israel and from Qatar and published in the New England Journal of Medicine, support arguments that even fully vaccinated people need to maintain precautions against infection.

One study from Israel covered 4,800 health care workers and showed antibody levels wane rapidly after two doses of vaccine "especially among men, among persons 65 years of age or older, and among persons with immunosuppression."

The researchers noted that levels of so-called neutralizing antibodies -- the immune system's first line of defense against infection -- correlate with protection against infection, but for this study they studied only antibody levels.

"Published work about many vaccines, such as those against measles, mumps, and rubella, has shown a small decrease each year of 5 to 10% in the neutralizing antibody levels," they wrote. "We found that a significant and rapid decrease in humoral response to the BNT162b2 vaccine was observed within months after vaccination."

The study also indicated that immunity for people who get vaccinated after natural Covid-19 infection lasts longer. It's especially strong for people who recovered from infection and then got vaccinated, also. "Overall, the accumulating evidence from our study and others shows that long-term humoral response and vaccine effectiveness in previously infected persons were superior to that in recipients of two doses of vaccine," they wrote.

A second study from Qatar looked at actual infections among the highly vaccinated population of that small Gulf nation. People there mostly got Pfizer/BioNTech's vaccine, also known as BNT162b2.

Nonetheless, protection against hospitalization and death stayed at above 90%, they said.

The waning protection may involve behavior, they noted. "Vaccinated persons presumably have a higher rate of social contact than unvaccinated persons and may also have lower adherence to safety measures," they wrote. "This behavior could reduce real-world effectiveness of the vaccine as compared with its biologic effectiveness, possibly explaining the waning of protection."

But it's a signal that countries should prepare for fresh surges of Covid-19. "These findings suggest that a large proportion of the vaccinated population could lose its protection against infection in the coming months, perhaps increasing the potential for new epidemic waves," they wrote.

The US Centers for Disease Control and Prevention recommended that people older than 65, people with conditions making them more susceptible to getting seriously ill with breakthrough infections, and people at high risk of infection such as health care workers and prison inmates get boosters.

Israel has been boosting its entire population and now says it will require people to have had a third shot to be considered fully vaccinated.

In the United States, more than 6 million people have received a third dose of vaccine and average the pace of booster shots is higher than the rate of people getting vaccinated for the first time, according to CDC data.