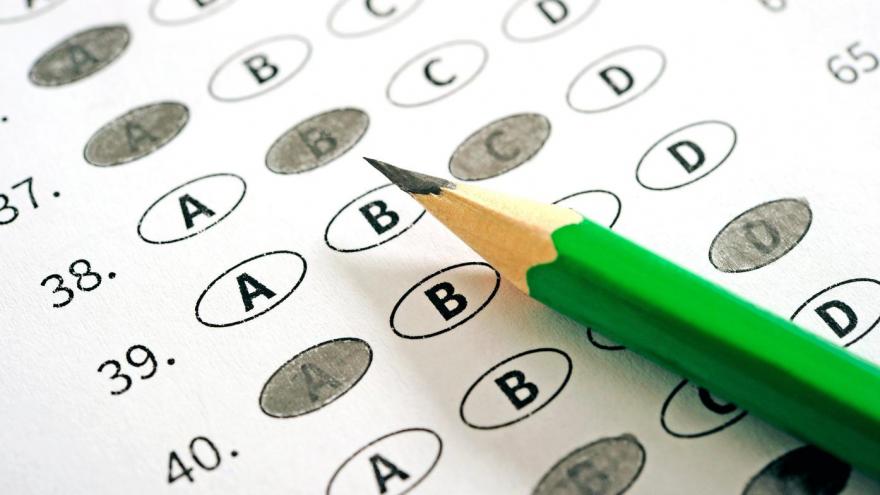 College-entrance exam ACT announced Tuesday that students who have already taken the entire exam once will have the option to retake specific sections of the ACT test instead of taking the whole thing over again.

(CNN) -- It looks like the ACT believes in second chances.

College-entrance exam ACT announced Tuesday that students who have already taken the entire exam once will have the option to retake specific sections of the ACT test instead of taking the whole thing over again.

If a student does poorly on the math section, for example, but aces the other three sections, this change allows the student to retake only the math portion and keep the original scores in the other sections.

The decision is getting praise from students who are excited to have the chance to improve their test scores without sitting through the whole exam again. Other people worry the chance to redo specific sections of the test will give people who can afford multiple retakes an advantage.

However, only about 45% of students retake the exam at all, and many students only do so one additional time, said ACT Chief Commercial Officer Suzana Delanghe.

"Students already have the ability to retake the test," Delanghe told CNN on Wednesday. "That's nothing new, and this will not change that. In fact, the single-section retake will be less expensive than taking the complete ACT again, so that should help make retesting more affordable for many students."

There is not a set fee for a section retest yet, but it will be less expensive than retaking the entire exam. The fee to take the ACT with the writing portion is $68.

ACT research from 2016 showed that people who retook the test scored an average of nearly three points higher than those who didn't. The maximum score on the ACT is 36.

Adding another decision in the already complicated college application process -- the decision about whether to retake part of the test -- may stress out students financially, said Jayne Caflin Fonash, president of the National Association for College Admission Counseling. The association is a group of professionals that helps students who want to pursue post-secondary education.

Additionally, she says ACT needs to make sure all students, high school counselors and schools are aware of the new opportunities, especially if a school has fewer resources.

"Low-income students may be at a high school with limited or no college counseling resources," she said. "If that is the case, these students may not even have the opportunity to make a decision about retesting because they are not informed."

The option to retake a single section of the ACT isn't the only change announced. Students will also be able to take the test online at ACT test centers, and students can get their scores in two days instead of waiting for weeks.

ACT will also report a "superscore" for students who have taken the exam more than once, giving colleges the option to use the student's best scores from all tests taken.