Students returning to school for first time since Parkland shooting 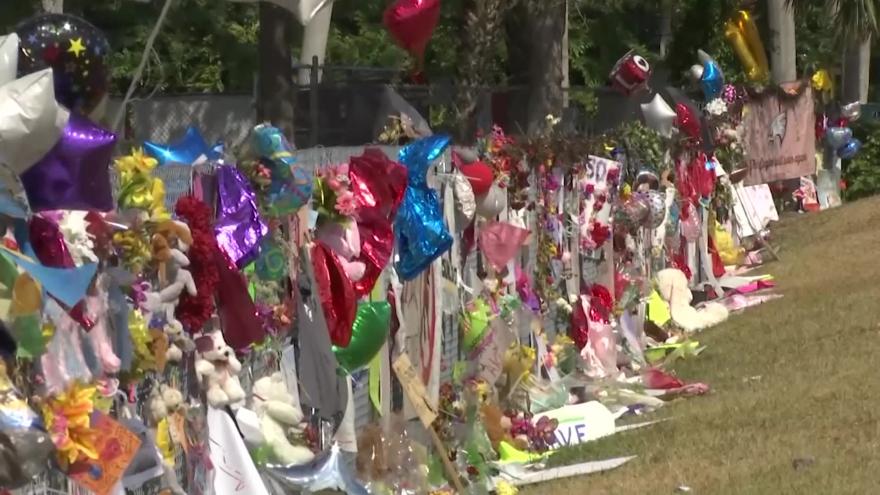 PARKLAND, Fla. (CBSNews) -- Students will return to class at Marjory Stoneman Douglas High School Wednesday for the first time since 14 students and three educators were killed in the Valentine's Day shooting.

"I want to be the last father of a murdered kid, that's ever in this country," he said.

Students Carlos Rodriguez and Lorena Sanabria will join the more than 3,000 students returning to classes for the first time in two weeks.

"Just this morning I was like, 'At this time tomorrow, I'm going to be in school,' and that hit me," Sanabria said. "It is going to be a process."

When they arrive, they won't have a clear view of Building 12, the crime scene. It's now obscured by a fence plastered with posters showing support.

The last time Rodriguez was at school, he recorded fellow students running to take cover.

They'll be greeted by principal Ty Thompson, who made a promise to his students.

"I will hug each and everyone of you as many times as you need and I will hold you as long as you need me to," Thompson said.

On Sunday, Thompson embraced students who returned with their parents for an orientation.

"All the security and all the guards, it's going to make it harder for us to heal," said Sanabria.