'Stranger Things' is ending, but a spinoff is in the works 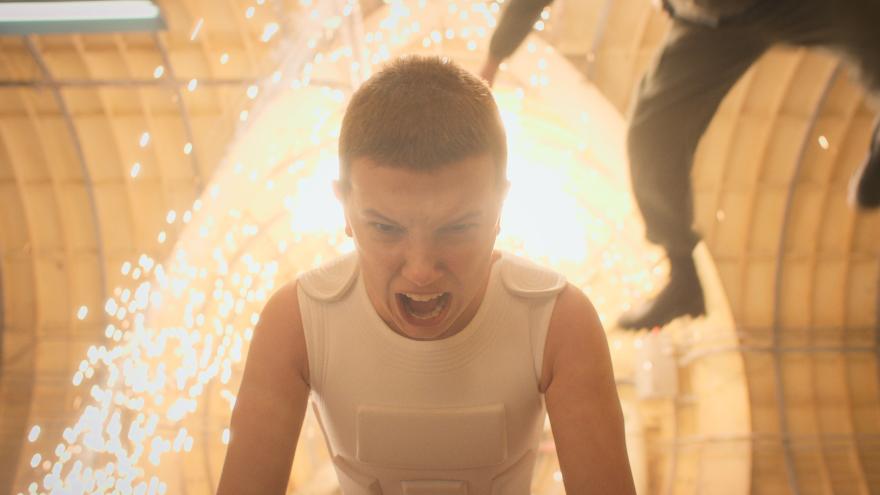 (CNN) -- "Stranger Things" is coming to an end, but its upside-down stories will live on.

Both a live-action "Stranger Things" spinoff and a "stage play set within the world and mythology" of the show are coming from Upside Down Pictures, a new production company founded by the show's creators The Duffer Brothers.

Upside Down Pictures is part of Netflix's ongoing deal with Matt and Ross Duffer, who said in a statement they aim to create stories like those that inspired them growing up and "take place at that beautiful crossroads where the ordinary meets the extraordinary, where big spectacle co-exists with intimate character work, where heart wins out over cynicism."

The Duffers foreshadowed the spinoff news in February when they said the upcoming "Stranger Things 5" would be the show's final season.

"There are still many more exciting stories to tell within the world of 'Stranger Things," they said at the time. "New mysteries, new adventures, new unexpected heroes."

It's no surprise Netflix is investing more in "Stranger Things." Its latest season is the company's most popular English-language TV series ever, notching 1.15 billion hours viewed in its first 28 days. That's especially important for Netflix in 2022, as the stock has plummeted roughly 70% so far this year and it lost subscribers for the first time in more than a decade during the first quarter.

As for Upside Down Pictures, other projects in the works include a series based on the 1984 fantasy novel "The Talisman," written by Peter Straub and Stephen King. Hilary Leavitt, who developed hits like "Ozark" and "Orphan Black," will run the company.