Story about a dog found with her snout taped shut and throat cut was a hoax by owner who wanted free vet care, cops say 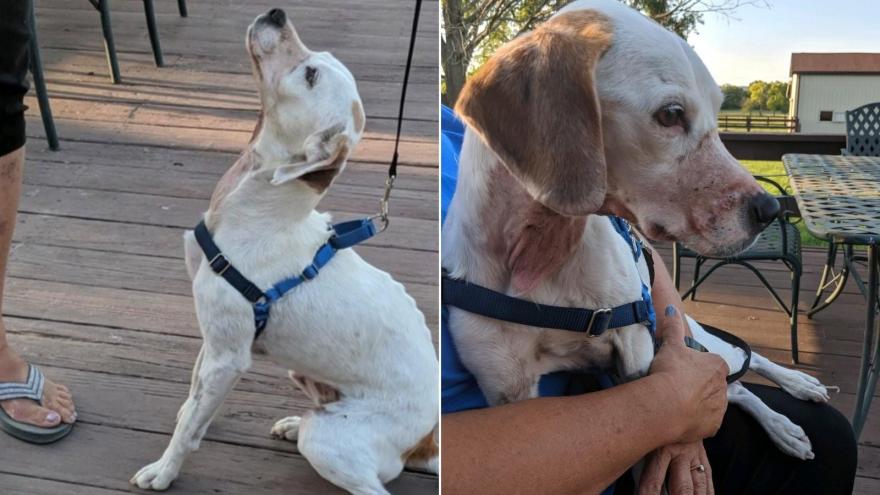 It turns out a feel-good story about Dani the dog was all a hoax for free veterinary care.

(CNN) -- Everyone was rooting for Dani the dog, who was reported to have been found on the side of an Ohio road with her snout duct-taped shut and her throat cut.

Turns out it was all a hoax by somebody seeking free veterinary care, according to the Butler County Sheriff's Office.

By Monday, an investigation by the Sheriff's Office concluded the entire story was made up -- and the person who reported finding Dani was actually her owner.

And the part about Dani's snout being duct-taped was also a story, the Sheriff's Office said.

"The snout/mouth area that appeared to be injured was due to the owners keeping the canine muzzled for several hours a day due to it chewing up items in their residence and being aggressive towards their other canine," the news release said.

"After the investigation was completed it was determined that this incident did not occur in Butler County, but we will make a joint effort to work with the adjacent jurisdiction to ensure this case is dealt with appropriately," Jones said.

CNN has called the Butler County Sheriff's Office, but has not heard back. It's not known if any charges will be filed against the owner.

The community that came together to find Dani a home is now lambasting the owner in the comments on the Sheriff's Office Facebook page.

"Unbelievable and disgusting. Charges still need to filed against the owners, this is still abuse and neglect of an animal," one comment read.

"Please take their other canine from them as well! And charge them with abuse of Dani!" another read.

Overall the Butler County community still wanted to make sure Dani was safe and did not return to her original owner.