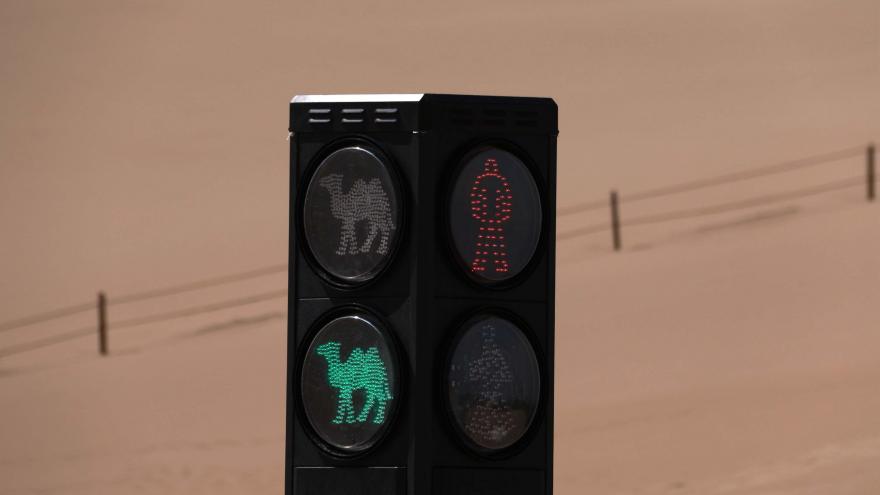 (CNN) -- Officials in northern China have inaugurated what they say is the world's first traffic signal for camels.

Camel-riding tours are a big attraction for visitors to the area, according to ECNS.

But visitors to the Mingsha Mountain and Crescent Spring will now be safe from camel collisions, thanks to the new traffic signal, which turns green to let the animals cross and red to make them stop. 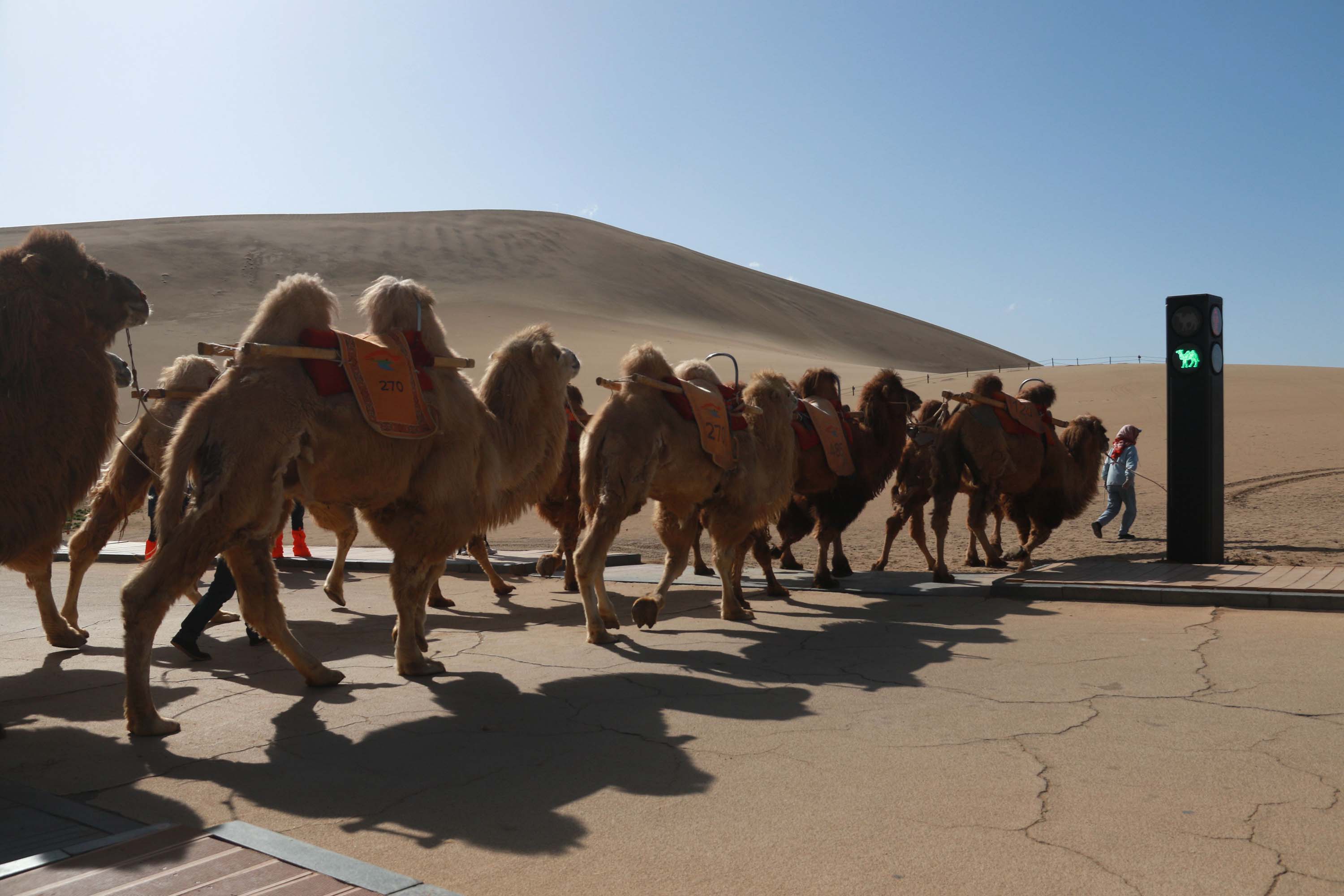 Mingsha Mountain is also known as Singing Sands Mountain because of the noises the sand makes when walked on.

Dunhuang City sits in an oasis in the Gansu-Xinjiang desert region, and was the first Chinese-administered settlement reached by travelers heading east on the ancient Silk Road.

In recent years, tourism to the area has grown, thanks to the Mingsha Mountain, the Mogao Caves temple complex, and the Yumen and Yangguan passes, which are the westernmost gates of the Great Wall.