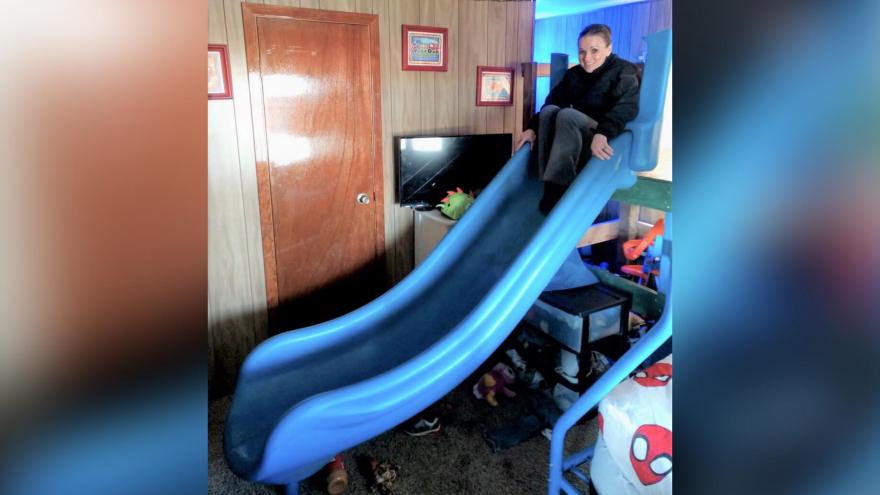 Pasco Police Detective Julie Lee poses on the stolen slide that was found bolted to a bunkbed.

(CNN) -- Police investigating stolen car parts in Washington were able to close a different case when they found a 400-pound slide that had been stolen from a playground.

Police had search warrants to look for stolen catalytic converters, which are part of a vehicle's exhaust system.

During the search, Detective Julie Lee recognized the slide as one that had been stolen from a Pasco city park in December, even though the top had been cut off and it was painted blue, according to a post on the department's Facebook page.

The city's parks and recreation department has recovered the slide.

It's unclear how the slide got from the park to the mobile home where it was found, but the child's father has been charged with possession of stolen property, police said.

Police spokesman Sgt. Rigo Pruneda told CNN that there has been an increase of catalytic converter thefts over the past six months because the parts are easy to cut away from a car or truck and they can be sold as scrap metal.

Police did find catalytic converters during the search, but no one has been charged in connection with them.