Stocks surge even though consumers feel lousy. Here's why 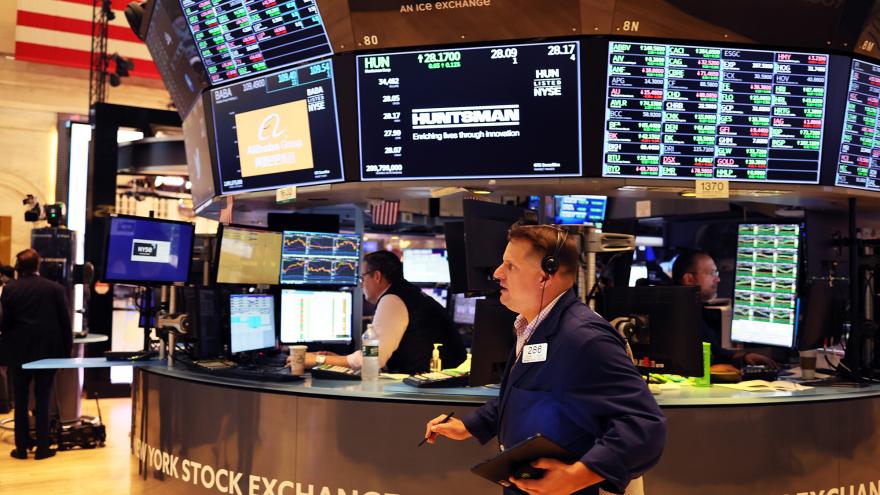 (CNN) -- It was a bad news is good news day on Wall Street again. Stocks soared and finished the week with solid gains after a key economic report showed a record low in consumer confidence levels.

Investors cheered the drop in the University of Michigan's consumer sentiment reading in June. Why? Growing recession fears may mean that the Federal Reserve, which has begun to aggressively hike interest rates to fight inflation, could reverse course by the end of 2023 and cut rates again in order to deal with a slowing economy.

The Dow surged 823 points, or 2.7%, Friday and gained more than 5% for the holiday-shortened trading week. The US market was closed Monday in observance of Juneteenth.

The S&P 500 and Nasdaq both rallied by more than 3%. The S&P 500 rose 6% in the past four days while the Nasdaq shot up nearly 7%. All three indexes snapped three-week losing streaks, but they each remain down sharply for the month of June.

"It has been very volatile. We have jittery markets. We just had a historically large hike from the Fed," said Jake Jolly, senior investment strategist at BNY Mellon Investment Management. "Growth is slowing. We know that is happening but at the same time we have aggressive tightening."

Jolly added that his team now thinks there is a higher chance of a recession than a so-called economic soft landing because of weaker economic data.

But it wasn't all bad news Friday. Investors may also have been cheering a surprisingly strong housing report.

New home sales were up nearly 11% in May, much better than expected and defying some of the doom and gloom concerns about the real estate market due to worries that rising mortgage rates and higher prices are making buying a home a pipe dream for many Americans.

Earnings were giving stocks a lift too, as two consumer companies reported strong results. Shares of cruise line Carnival and CarMax both soared after each reported improving sales.

FedEx also rallied sharply after the shipping giant gave a bullish outlook for the rest of the year.

And big bank stocks were winners, thanks to the results of the Fed's so-called stress tests late Thursday. The Fed gave a clean bill of health to the nation's top financial institutions, paving the way for many large banks to buy back more stock and raise dividends.

Shares of Goldman Sachs were up almost 6%, making it one of the top stocks in the Dow. JPMorgan Chase gained 3%.