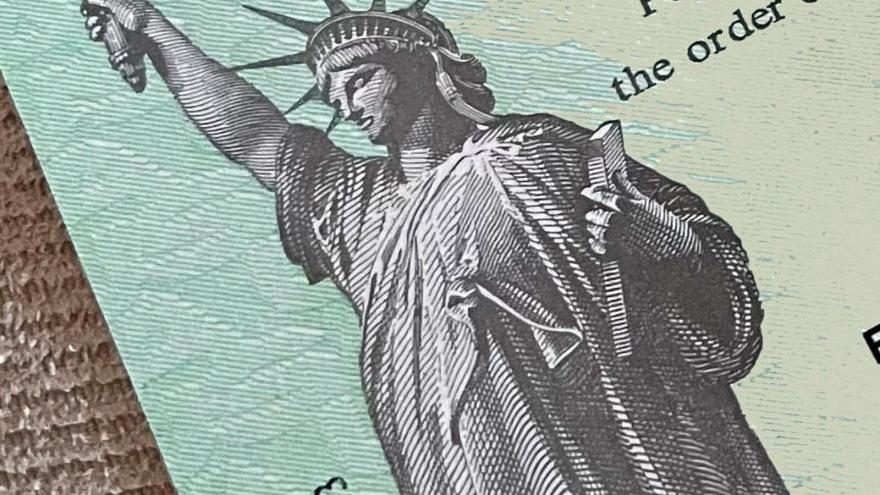 New stimulus payments will be hitting some Americans' bank accounts.

(CNN) -- Some Americans are already seeing the latest round of stimulus payments hit their bank accounts, as the first batch of funds is rolled out.

The payments -- worth up to $1,400 per person -- were included in the $1.9 trillion Covid-19 relief package signed by President Joe Biden this week.

The White House on Thursday had announced that payments would go out as soon as this weekend for those who have their direct deposit information on hand at Treasury and the Internal Revenue Service. Processing of the first batch of stimulus payments began on Friday and more will roll out in the "coming weeks," an official with the Treasury Department told reporters on a Friday call.

By Saturday morning, several people had posted on social media about seeing their stimulus payments pending in their bank accounts.

"Stimulus hit my account thanks biden," Andrew Palmer, an IT consultant in Washington, DC, tweeted Saturday morning. Palmer told CNN that he'll use the $1,400 he'll receive to pay off debt.

Missouri resident Jarrel "JoJo" Royal told CNN that he also has the stimulus payment pending in his account. He started his job as a hotel assistant general manager on March 1 after being out of work since May 2020.

While direct deposits have gone out first, paper checks and prepaid debit cards will be sent out before the end of the month.

Starting Monday, people can check the status of their payments using the IRS' Get My Payment tool online.

Who gets a payment and how much?

The payments gradually phase out as income goes up, and lawmakers narrowed the scope for this third round of payments so that not everyone who received a previous check will be sent one now.

But unlike prior rounds, families will now receive additional money for adult dependents over the age of 17. Families will receive an additional $1,400 per dependent, so a couple with two children could receive up to $5,600.

The new income thresholds are based on a taxpayer's most recent return.

The money is expected to reach about 90% of families, according to an estimate from the Penn Wharton Budget Model.