Stimulus negotiations: Trump signs off on a $1.8 trillion counter offer to Pelosi 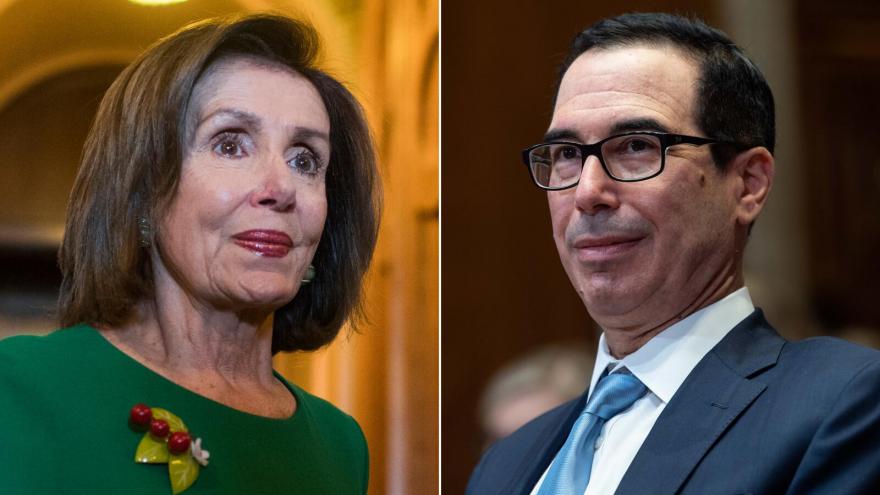 Trump signs off on a $1.8 trillion counter offer to Pelosi.

(CNN) -- President Donald Trump has signed off on a roughly $1.8 trillion stimulus offer to be presented to House Speaker Nancy Pelosi, according to two people with knowledge of the decision, marking the highest topline dollar figure the administration has put on the table to this point.

The direct involvement of Trump himself and his willingness to put down an offer far above the preferences of congressional Republicans adds a dynamic new element to long-stalled negotiations. Trump, to this point, mostly relied on Treasury Secretary Steven Mnuchin and White House chief of staff Mark Meadows to handle the details of the talks with Pelosi.

The $1.8 trillion figure is up from a $1.6 trillion offer from earlier this week, though it remains below the $2.2 trillion in the bill passed last week by House Democrats -- and Pelosi has been unwilling to go below $2 trillion in negotiations up to this point, people familiar with the matter say.

The details in the offer remain as important, if not more so, than the topline dollar figure. The specifics are not currently known, though Pelosi's deputy chief of staff, Drew Hammill, said she and Mnuchin had spoken on the phone Friday afternoon and the secretary had presented "a proposal that attempted to address some of the concerns Democrats have."

"Of special concern, is the absence of an agreement on a strategic plan to crush the virus," Hammill wrote in a tweet. "For this and other provisions, we are still awaiting language from the Administration as negotiations on the overall funding amount continue."

The movement from the Trump administration underscores the colossal stakes at play regarding relief in response to the Covid-19 pandemic and its economic fallout. The coronavirus, which is still surging in parts of the country, has killed more than 213,000 people in the US, and shutdowns in response to Covid have had broad economic consequences.

A wide-ranging package would attempt to address the twin economic and public health crises that continue to play out -- and top economic officials including Federal Reserve Chairman Jerome Powell have warned inaction could have dire consequences.

But whether the new White House offer will lead to a breakthrough in talks that for months have remained stuck in a ditch is unclear.

Pelosi has said repeatedly that the actual legislative language -- and where that language directs the funds -- has become the most critical aspect of any agreement, pushing particularly for funding for states and localities that have significant budget shortfalls, a key sticking point for the Trump administration.

And the President appeared to undermine his own proposal Friday afternoon when he said that he would like to see a bigger stimulus than what is currently being put forth by either Democrats or his administration.

"I would like to see a bigger stimulus package, frankly, than either the Democrats or Republicans are offering," Trump said while being interviewed on "The Rush Limbaugh Show." The President continued that he's "going in the exact opposite now," adding, "Maybe it helps or maybe it hurts negotiations."

Trump's willingness to "go big," as he also framed it on Twitter on Friday, runs risks inside his own party. Republicans in both chambers have voiced concern over any price tag above $1 trillion. Many are opposed to any new aid at all.

Senate Majority Leader Mitch McConnell cast doubt earlier Friday on the possibility that any deal could get passed ahead of Election Day.

"The situation is kinda murky, and I think the murkiness is a result of the proximity to the election," McConnell told reporters at an event in Kentucky. "And everybody trying to elbow for political advantage. I'd like to see us rise above that like we did back in March and April but I think that's unlikely in the next three weeks."