Still no stimulus check? Check the mail for a debit card 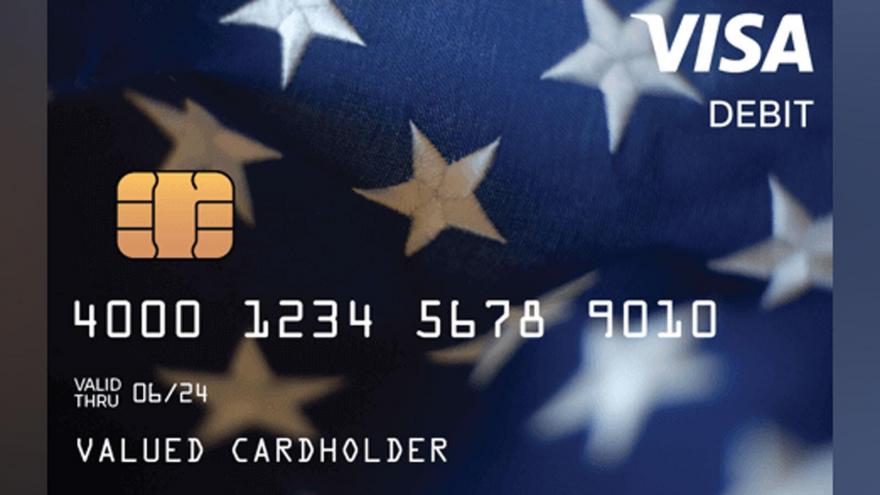 Some stimulus payments are being sent on a debit card that looks like this.

The Internal Revenue Service sent out more than 100 million payments in January, which were approved by Congress late last year. The vast majority of payments were directly deposited into personal bank accounts, but others are receiving either a paper check or prepaid debit card in the mail. About 8 million debit cards were sent out.

Like the first round of payments, which were worth up to $1,200 per person and were sent out last spring, the agency is sending the payment in three different ways to help speed up the delivery process.

Last year, some recipients mistakenly thought the debit cards were junk mail. The Internal Revenue Service is warning people to keep a careful eye on the mail and that the form of payment may be different than the one received last year. Some people who received a paper check last time may now get a prepaid debit card. The new payment will not be added to any debit cards that were sent for the first round of payments.

The debit cards are being sent in a white envelope with the Treasury Department seal on the outside. The card itself is a Visa debit card issued by MetaBank, the Treasury's financial agent. It can be used to make purchases, to get cash at an ATM or to transfer funds into a bank account without being charged a fee.

People can check to see whether their second payment has been sent by using the Internal Revenue Service's Get My Payment online tool. The law required the agency to stop delivering this round of payments. Eligible people who weren't sent their money by then will have to wait to claim it on their 2020 tax return.

The payments start phasing out for people making more money, at a rate of $5 per $100 of additional income. Some people who received the first payment may be phased out of the second round because the payments are smaller.

They will phase out entirely at $87,000 for single filers without children and $174,000 for those married filing jointly without children, according to an analysis by the Tax Foundation.

Those who are claimed as a dependent on someone else's tax return, like some college students, remain ineligible.