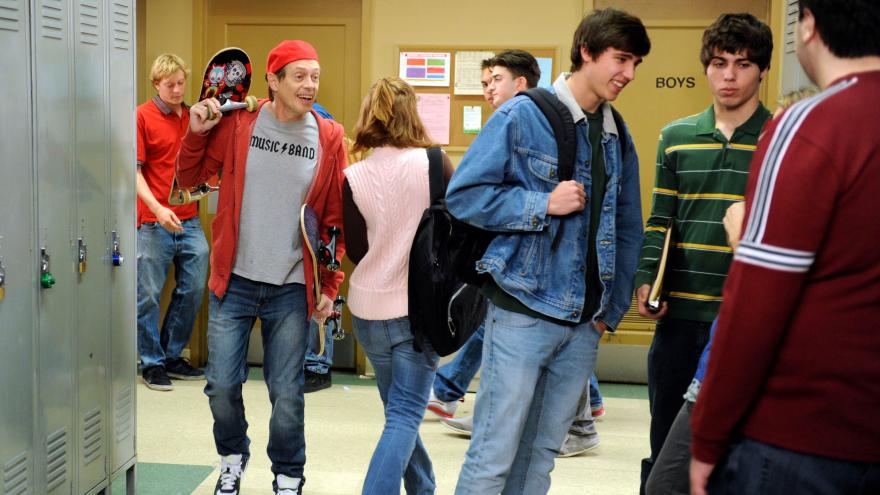 The 63-year-old actor raised the stakes on Sunday when he recreated his iconic "30 Rock" scene-turned-meme while distributing candy in Brooklyn, New York.

As he walks past a group of teenagers, he greets them with the toe-curling line: "How do you do, fellow kids?"

The scene spawned a meme that is often used to poke fun at people failing miserably to relate to a younger generation.

In pictures circulating online, Buscemi was seen sporting the same red baseball cap, a red hoodie, and a T-shirt emblazoned with the words "Music Band." He completed the look with a skateboard.

Both he and Elvis Costello were happy to pose for photos with fans while giving candy to trick-or-treaters.

It's safe to say Buscemi's costume idea was a hit with lovers of the show, with many taking to social media to praise his creativity.

Actress and screenwriter Mindy Kaling shared the original GIF on Twitter, along with the caption: "I can't believe Steve Buscemi dressed as his own meme on Halloween."

Sports and political commentator Keith Olbermann tweeted: "No more calls. No more tricks. No more treats. We have the international, unanimous Halloween 2021 winner and it's Steve Buscemi as...Steve Buscemi."