Stephen Colbert, James Corden and Jimmy Fallon head back to studios with caution 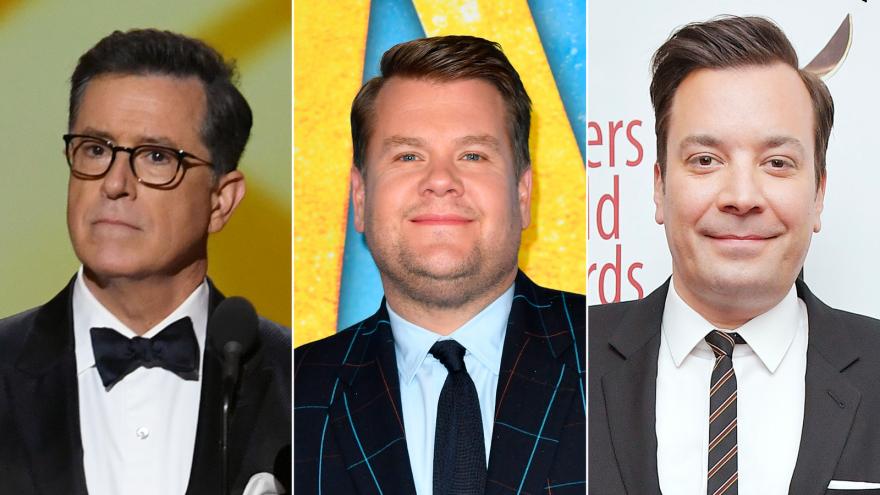 (CNN) -- Late night is cautiously leaving the house and getting back to work in what is the new normal.

Colbert recently announced via his Twitter account that he would be returning to the Ed Sullivan Theater in New York City -- but not his usual stage.

"Tonight, after five months, I'm back in my office at the Ed Sullivan Building!," he tweeted on Monday. "Unrelated question: how long does desk drawer egg salad keep?"

On Monday night's episode he filmed the show from the office building on a set constructed inside of an office.

"It's the first time that I haven't done my show in my house in five months," Colbert said. "I'm so happy to be here to see members of my crew."

"The Late Late Show with James Corden" unveiled a new, socially distant set on the stage at Television City in Los Angeles.

"After lots of careful planning and an overhaul of our studio to ensure the safety of our staff and crew, we're thrilled to announce that we're back this Monday night with all-new episodes of the #LateLateShow!," a tweet from the show's official account read.

Conan O'Brien has already moved his TBS show (TBS is owned by CNN"s parent company) to Largo at the Coronet in Los Angeles in July, and "The Tonight Show with Jimmy Fallon" followed suit shortly thereafter returning to New York's Rockefeller Center.

Anastasio performed "I Never Needed You Like This Before."