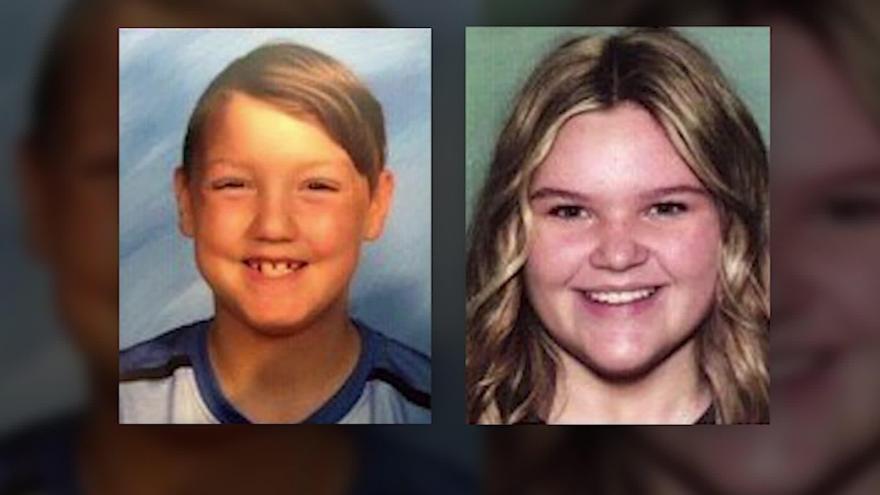 Chad Daybell, the stepfather of two children who have been missing since last year, was charged with destroying evidence Wednesday as prosecutors said two children's remains were found on his Idaho property

(CNN) -- Chad Daybell, the stepfather of two children who have been missing since last year, was charged with destroying evidence Wednesday as prosecutors said two children's remains were found on his Idaho property.

The children of Lori Vallow, Daybell's wife, have not been seen since September. Tylee Ryan, 17, was last seen when she visited Yellowstone National Park on September 8 with her brother, her mother and her uncle Alex Cox, according to authorities. Joshua "JJ" Vallow, 7, was last seen at a school in Idaho later that month.

The families of the children said in a statement Wednesday that the remains "are indeed our beloved JJ and Tylee."

"We are filled with unfathomable sadness that these two bright stars were stolen from us, and only hope that they died without pain or suffering," said Larry and Kay Woodcock, J.J.'s biological grandparents, Colby Ryan, Lori Vallow's son from a prior marriage, and Kelsee Ryan, Colby's wife, in their statement.

"This is the worst news we will ever get in our lives and want to be left alone for the time being," they said, adding that "once officially confirmed, statements from The Rexburg Police, The Medical Examiner and the FBI will be released."

The charges filed against Daybell allege he concealed the remains sometime between September 2019 and June 2020. His bail was set at $1 million.

Vallow, is currently awaiting trial for multiple charges, including two felony counts of desertion and nonsupport of children, according to a criminal complaint filed with an Idaho court.

The charges against Daybell are part of a sprawling investigation that has stretched from Idaho to Arizona to Hawaii, picked up connections to a deep religious ideology and raised new questions about the deaths of other family members.

Daybell and Vallow married in November, not long after their previous spouses died.

"Throughout this ordeal, we have supported one another in pursuit of the truth, and will continue to do so. They have been praying for our family, as we have prayed for them. Our heartfelt love and prayers continue to go out to them and their family at this very difficult time," Matt Daybell said.

In late November, relatives asked police in Rexburg, Idaho, to do a welfare check on Joshua because they hadn't talked to him recently. But police didn't find him at the house when they arrived.

They did see Vallow and Daybell, who, authorities said, told them Joshua was staying with a family friend in Arizona. When police returned the next day to serve a search warrant, both Vallow and Daybell were gone.

The couple was found in January in Hawaii, where they had been since December 1 as authorities searched for Vallow's children.

They were served with a search warrant, and police gave Vallow a deadline to turn Joshua and Tylee over to authorities. But that deadline passed without any sign of the two.

Vallow was arrested in February, and in March she was extradited from Hawaii. Her bail remains at $1 million and a preliminary hearing is scheduled for July 9.

The investigation has also led to questions surrounding other family members' deaths.

Shortly before Tylee, Joshua and their mother moved from Arizona to Idaho, Vallow's estranged husband, Charles Vallow, was shot and killed during a fight with her brother, CNN affiliate KIFI/KIDK reported. The brother was not charged in the case, and he then died in December, the affiliate reported.

Daybell was also married before. His ex-wife, Tammy Daybell, died on October 19, and a few weeks later, he and Vallow were married. Authorities initially believed Tammy Daybell died of natural causes, but Rexburg police later said her death was suspicious and exhumed her body.

After Vallow and Daybell married, they told some witnesses Tylee had died a year before her father, and told others that Vallow did not have any young children, police said.

Further, those close to the couple said they had been involved in strong religious ideologies.

Arizona police released body camera footage from January 2019 of Vallow's ex-husband saying he could not get in touch with the children. He said their marriage had rapidly deteriorated and that "she thinks she's a resurrected being and a god."

In addition, Daybell was connected to a religious website called "Preparing a People," a doomsday prepper site that describes itself as a "series of lecture events focusing on self-reliance and personal preparation." The publishers of the site said they decided to pull content featuring either Daybell or Vallow in light of the children's disappearance.