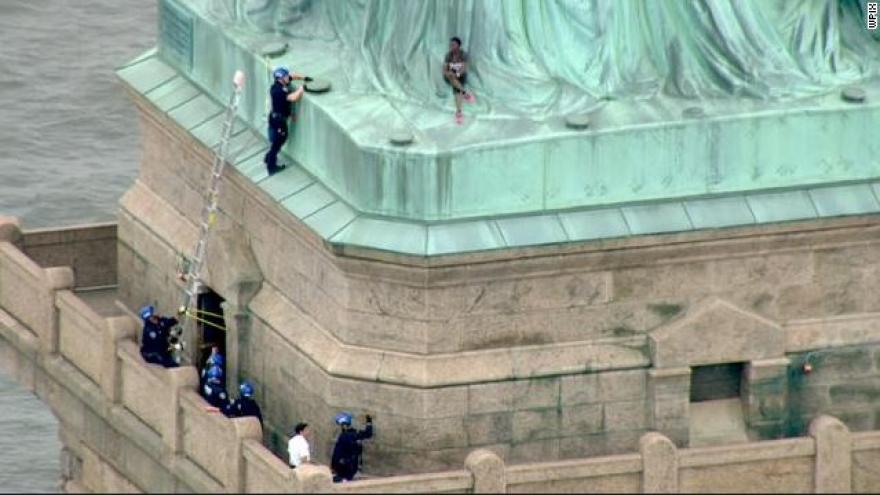 NEW YORK (AP) — A woman has been charged with misdemeanor trespassing and disorderly conduct for climbing the base of the Statue of Liberty on the Fourth of July.

Prosecutors said on Thursday that Therese Okoumou will appear before a judge Thursday afternoon.

The National Park Service said that the protest caused an evacuation of than 4,000 visitors off of Liberty Island as a precaution.

A federal official says the 44-year-old woman told police she was protesting the separation of immigrant children from parents who cross the U.S.-Mexico border illegally.

The official wasn't authorized to discuss it and spoke on the condition of anonymity.

A message left at a possible phone number for Okoumou hasn't been returned.