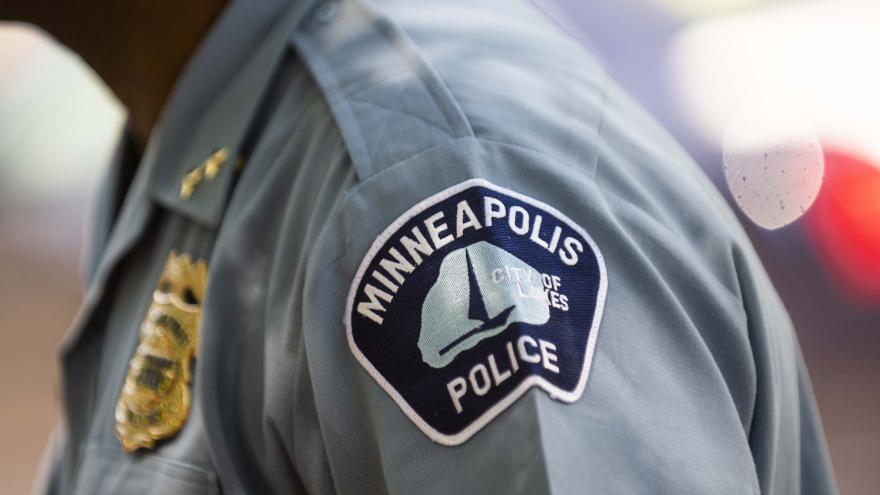 (CNN) -- A state investigation into the Minneapolis Police Department launched after the Memorial Day 2020 killing of George Floyd at the hands of a police officer revealed a pattern of "discriminatory, race-based policing" by officers going back a decade, according to a report released Wednesday.

State Human Rights Commissioner Rebecca Lucero, whose agency's probe determined the city of Minneapolis and its police engaged in a "pattern or practice of race discrimination," lambasted the organizational culture of a department marred by "flawed training which emphasized a paramilitary approach to policing," a lack of accountability and the failure of police leaders to address racial disparities.

The report paints a damning picture of policing in Minneapolis, where, according to Lucero, Black residents represent about 19% of the population yet 78% of all police searches from 2017 to 2020 involved Black residents and their vehicles.

Lucero at a press conference said she had "a productive conversation" about the findings during a meeting with city officials on Wednesday.

CNN has reached out to Minneapolis police and the office of Mayor Jacob Frey for comment. Frey planned an afternoon press conference.

Attorneys representing the families of Floyd and Amir Locke -- another Black man who died at the hands of Minneapolis police -- praised the findings as "historic" and "monumental."

"We hope this leads to placing the city and the police department under a state-ordered consent decree, which would give us assurance, at last, that real change in policing is possible, and Minneapolis can become a safer city for its Black residents," said the statement from Ben Crump and co-counsel Antonio Romanucci and Jeff Storms.

"We are grateful and deeply hopeful that change is possible and is imminent," the statement said. "We call on city, state, and Police leaders to accept the challenge of these findings and make meaningful change at last to create trust between communities of color in Minneapolis and those who are sworn to protect and serve them."

The Minnesota Department of Human Rights said on its website it will "meet with community members, MPD officers, City staff, and other stakeholders to gather feedback on what should be included in a consent decree to address racial discrimination in policing in Minneapolis."

Lucero said discriminatory policing against people of color and the indigenous community was widespread.

"We found these patterns throughout the city so none of this can be explained or excused away by one precinct," she said.

The report also cited a "consistent" use of "racist, misogynistic, and disrespectful language" by officers.

A significant portion of the report focused on the use of force.

"Since 2010, of the 14 individuals that MPD officers have killed, 13 of those individuals were people of color or Indigenous individuals," the report said.

"People of color and Indigenous individuals comprise approximately 42% of the Minneapolis population, but comprise 93% of all MPD officer-involved deaths between January 1, 2010, to February 2, 2022."

The report accused the department of "deficient training, which emphasizes a paramilitary approach to policing that results in officers unnecessarily escalating encounters or using inappropriate levels of force."

A high-level police official told investigators that officers often arrested and cited people with obstruction or disorderly conduct "for things that could fall under the category, arguably, of pissing off the police," the report said.

The report cited officers' "use of covert social media to surveil Black individuals and Black organizations, unrelated to criminal activity."

In one instance, the report said, an officer used a "covert" social media account posing as a Black resident to send a message to the local NAACP branch. Officers also used similar accounts to pose as residents attacking police critics and local officials.

'Dozens and dozens' of officers interviewed

The investigation originated with a June 1, 2020, filing against the city by the Department of Human Rights to determine if police engaged in a "pattern-or-practice" of race discrimination. The investigation determined just that.

The 72-page report is based on findings spanning a decade, including interviews with "dozens and dozens" of officers of all ranks, an estimated 700 hours of body worn camera footage, and statements from residents.

The state obtained a temporary court order in 2020 requiring the city of Minneapolis and Minneapolis police to implement immediate changes -- including prohibiting neck restraints and choke holds and requiring officers to intervene in other officers' unauthorized uses of force, among other changes.

The US Justice Department launched its own investigation into the practices of Minneapolis police in April 2021.

Pattern-or-practice investigations of police departments are relatively uncommon, and look for patterns of racist, discriminatory, or otherwise problematic behaviors, with the goal of overhauling the way those departments operate.

The state's investigation started exactly one week after body camera and bystander video captured the final moments of Floyd's life on May 25, 2020. Video showed a Minneapolis police officer kneeling on the 46-year-old Black man's neck and back for more than nine minutes as Floyd gasped for air and told officers, "I can't breathe." Floyd's death and the video ignited prolonged protests across the country over police brutality and racial injustice.

That officer, Derek Chauvin, was convicted in April 2021 of second-degree unintentional murder, third-degree murder and second-degree manslaughter. The former cop is now appealing the conviction on grounds that the proceedings were tainted, his attorney citing, in part, the city's announcement during jury selection that it would pay a $27 million settlement to Floyd's family.

Chauvin was sentenced to 22 and a half years in prison, which exceeded Minnesota's sentencing guideline range of 10 years and eight months to 15 years. As part of a plea agreement, Chauvin pleaded guilty in December to federal civil rights charges related to Floyd's death and the restraint of a teenager in a separate incident.

Three other officers were convicted in February of violating Floyd's civil rights by a federal jury in St. Paul, Minnesota.

In the Locke case, prosecutors last month declined to file charges against the Minneapolis police officer who fatally shot the 22-year-old man or any other officers involved in the no-knock warrant service that led to Locke's death in early February.

An officer shot Locke within a few seconds of entering an apartment after prosecutors said Locke emerged from a couch with a handgun and raised it toward an officer. The officer, and others on the Minneapolis SWAT team, were there serving a warrant in a homicide investigation.