State employee claims Delaware discriminates against her over hijab 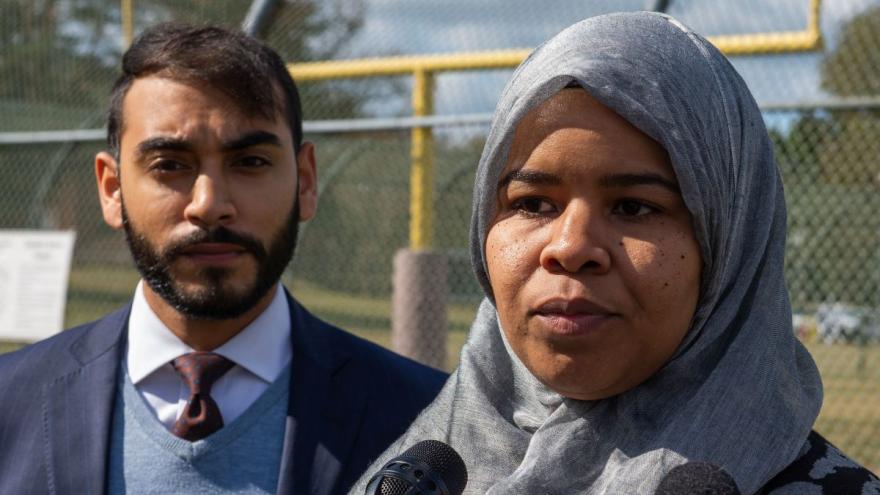 An investigation by the State Department released on Friday said there was no "persuasive evidence" of widespread mishandling of classified information in the controversy surrounding Hillary Clinton's use of a private email server while she was secretary of state. Full credit: Mike Coppola/Getty Images for Women's Media Center

(CNN) -- A Delaware woman says she was prevented from wearing a hijab at her state job, according to a discrimination complaint filed by the Council on American-Islamic Relations (CAIR).

Madinah Brown says supervisors have prevented her from working at the Department of Services for Children, Youth, and Their Families because of her head scarf. The complaint was filed Thursday with the Equal Employment Opportunity Commission (EEOC).

Brown, who has been with the department since 2012, claims one of her supervisors told her she was "looking like a terrorist" in the presence of other employees in August.

At a press conference Thursday, Brown said she has been without her regular salary for four months. When she arrives at work, she says she is asked to remove the scarf or clock out and leave the office. Because of that, she has only worked sporadically and has received paychecks as low as $1.

"This has been very hard for me and my family," she said. "I just want answers."

Without addressing her specific claim, the department issued a statement Thursday saying it champions religious expression and provides religious items such as Qurans and prayer rugs in its locations.

"The situation is more complicated when the safety of our staff and our youth is impacted by a proposed deviation from policy," the statement said.

"We must carefully balance our strong support of religious freedom with the need to keep youth and staff safe. In some instances, a person's job may require them to do certain actions, such as the physical restraint of a youth, that makes wearing some religious clothing unsafe. In those instances, the Department would entertain alternative or modified clothing, as long as the safety risks are mitigated. We would urge anyone with concerns to follow our accommodation process and make efforts to reach a mutually agreeable and safe compromise."

CAIR Staff Attorney, Zanah Ghalawanji, says she does not believe the state agency is prohibiting Brown from wearing the hijab because it's a security issue.

"Madinah has been wearing her hijab without incident," Ghalawanji told CNN Friday.

"There are employees who wear lanyards around their necks and another employee who wore a headwrap for a couple of years and wasn't made to remove that headwrap until they started cracking down on Madinah. It's just a shame to see a single mother put in a position where she has to choose between her faith and supporting her family."

Brown and CAIR are waiting for the EEOC to conduct its investigation, saying they hope the state agency would be open to mediation. Once the EEOC comes back with its findings, CAIR and Brown will decide if they will file a lawsuit.