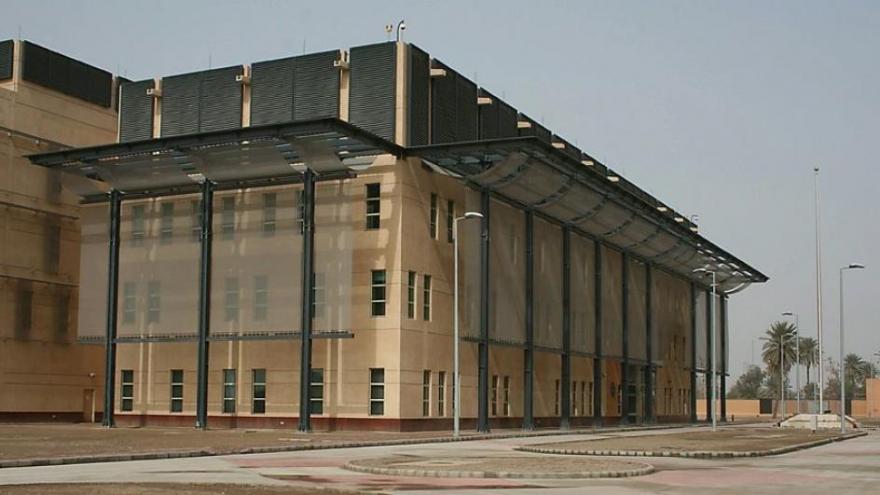 The State Department plans to dramatically downsize the number of American personnel in Iraq, according to a memo sent to the Senate Foreign Relations Committee and obtained by CNN.

(CNN) -- The State Department plans to dramatically downsize the number of American personnel in Iraq, according to a memo sent to the Senate Foreign Relations Committee and obtained by CNN.

The document, dated December 6 and sent by Bureau of Legislative Affairs Assistant Secretary Mary Elizabeth Taylor to committee Chairman Jim Risch, an Idaho Republican, outlines plans to reduce staffing levels at US Mission Iraq by 28% by the end of May 2020.

"The Department assesses the reduction of personnel will allow Mission Iraq to still achieve its core objectives, and conduct adequate monitoring and oversight of programs. These functions will continue to be performed by personnel in Iraq and, in some cases, by personnel located at other posts," the memo noted.

Foreign Policy was the first to report on the document and planned reductions.

The move to scale down the number of officials in Iraq comes amid upheaval in the country and as US officials have sought help from Iraq's leadership in preventing attacks from Iranian proxies. A senior Iraqi security official told CNN on Monday that all indications are that the powerful Iran-backed paramilitary force Hashad al-Shabbi, also known as the Popular Mobilization Units, is behind the recent attacks targeting US military bases in Iraq.

The staff reduction is likely to draw critics, especially given the professed US desire to counter Iranian influence in the region. During the Senate confirmation hearing for Steve Biegun -- the current US envoy to North Korea, who has been nominated as the deputy secretary of state -- Sen. Chris Murphy, a Connecticut Democrat, pressed Biegun to restore personnel numbers.

"It is no longer justified based on security threats to have this minimal presence because we had even greater security threats confronting our diplomatic personnel for long portions of our time in Iraq," Murphy said. "We need to find a way to get our folks back into Baghdad before we lose everything that we have gained in that country."

The Trump administration had previously shuttered its consulate in Basra and in May ordered nonemergency US government employees from Iraq.

A State Department spokesperson did not directly comment on the reduction in personnel when asked by CNN.

"Ensuring the safety of U.S. government personnel and U.S. citizens abroad is our highest priority," the spokesperson said in a statement Tuesday. "Our Embassy in Baghdad and our Consulate in Erbil are open for business, and Ambassador (Matthew) Tueller and his team are on the ground engaging daily."

"Iraq is one of our most important strategic partners in the region, and we are committed to fully engaging with our Iraqi partners and the Iraqi people to support a united, democratic, federal, and prosperous Iraq," the spokesperson continued. "We will continue to monitor the security situation in Iraq, especially considering the current unrest."

A senior State Department official told CNN that the decision was driven by leadership at State collectively and added that they think people at US Mission Iraq could be targeted. The official said they are already more cautious about deploying US officials into the field. The official said the Trump administration is seeking to reduce potential security concerns and increase military force with the deployment of more troops to the region.

The reduced posture is expected to be long-term, the official said.

"It is a new normal. We are one rocket away, one attack away, from smoke in Iraq due to Iran and their proxies. This is a cautionary tale," the official said. "With regard to interaction with the Iraqi government we are waiting to see how it turns out, given that Iraq is in flux politically."