Starbucks will raise wages again — but not for unionized workers 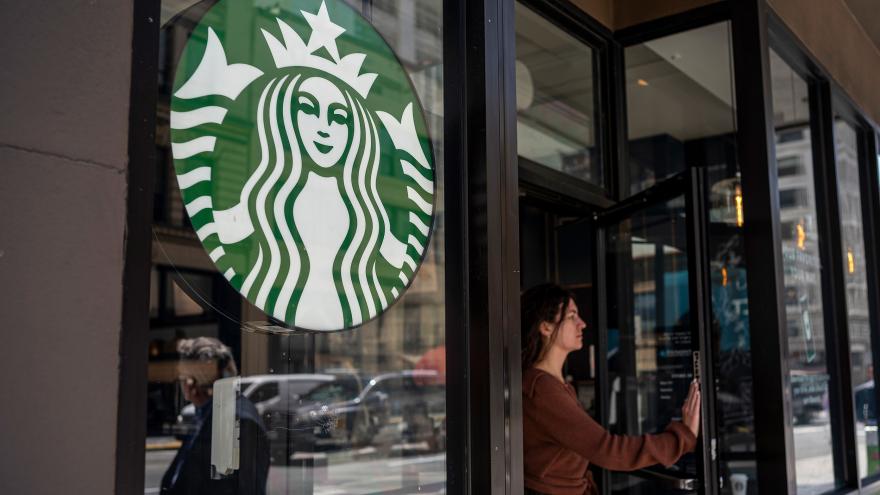 (CNN) -- Starbucks interim CEO Howard Schultz has a message for workers interested in unionizing: If you do, you could miss out on higher wages.

The coffee chain said it would raise wages back in October. Starbucks will honor those commitments to employees even if they have voted to unionize, Schultz said during an analyst call Tuesday.

But future wage hikes are coming. And they won't necessarily apply to workers in unionized stores, he said.

"Today, we take further steps to modernize our pay and benefits vision for our partners with further investments in wage ... and in September, we will share additional initiatives we are planning for Starbucks partners," he said.

The company will invest $200 million in wages, equipment and training, among other benefits, on top of previously announced commitments, Schultz said. Overall, Starbucks is planning to spend about $1 billion this fiscal year on employees and improving customer experience in stores.

Workers at company-operated stores "will receive these wages and benefit enhancements," he said, as Starbucks can control their pay.

But "we do not have the same freedom to make these improvements at locations that have a union or where union organizing is underway," he said, adding that federal law "prohibits us from promising new wages and benefits at stores involved in union organizing."

That's just a small portion of the roughly 8,800 US company-owned locations. But Starbucks is eager to stem the flow.

Schultz, who last month stepped into the CEO role for the third time, acknowledged that workers are facing "tremendous strain" as demand grows. Sales at North American company-owned stores open at least 13 months jumped 12% in the three months ending on April 3. Revenues jumped 17% in the region in the quarter. The company's stock jumped about 5% after hours on the results.

To help, the company is offering more support in addition to that higher pay. Some examples: Starting next month, it will double the amount of training time for new baristas. In August, it will do the same for shift supervisors. It's also launching an employee app to keep workers connected.