Starbucks is bringing oat milk lattes to the Midwest 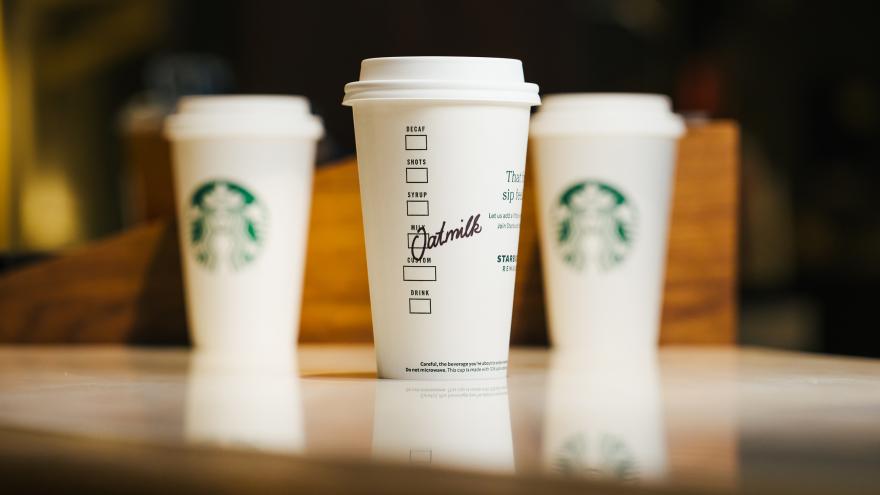 (CNN) -- After years of buzzy growth, oat milk is coming to Starbucks.

Starting Tuesday, about 1,300 Starbucks cafes in Illinois, Indiana, Iowa, Michigan, Minnesota, Missouri and Wisconsin are serving a new oat milk honey latte. Customers who visit those locations will also be able to substitute oat milk for milk in other beverages. Up until now, Starbucks has only offered oat milk at a handful of its US locations. The company started serving oat milk in Europe in 2018.

Consumer interest in oat mlik has been growing rapidly.

US oat milk sales jumped 222% between April 2018 and April 2019, according to the Good FoodInstitute — a nonprofit that supports plant-based businesses.

Demand for cow's milk, on the other hand, has been declining for years. In 2010, 55 billion pounds of milk were sold in the United States. By 2018, that figure dropped to 47.7 billion, a decline of about 13%. Over the past few months, two of the largest milk processors in the United States have filed forbankruptcy.

Starbucks' new products could be a way to give people what they want while simplifying orders for baristas. Custom orders with non-dairy milk have increased, the company noted.

And if it mirrors the performance of plant-based meat at restaurant chains, the new products could also help drum up sales. Burger King, for example, attributed its impressive third-quarter performance in part to the success of the Impossible Whopper.