St. Louis man is so frustrated with potholes he's filling them in himself 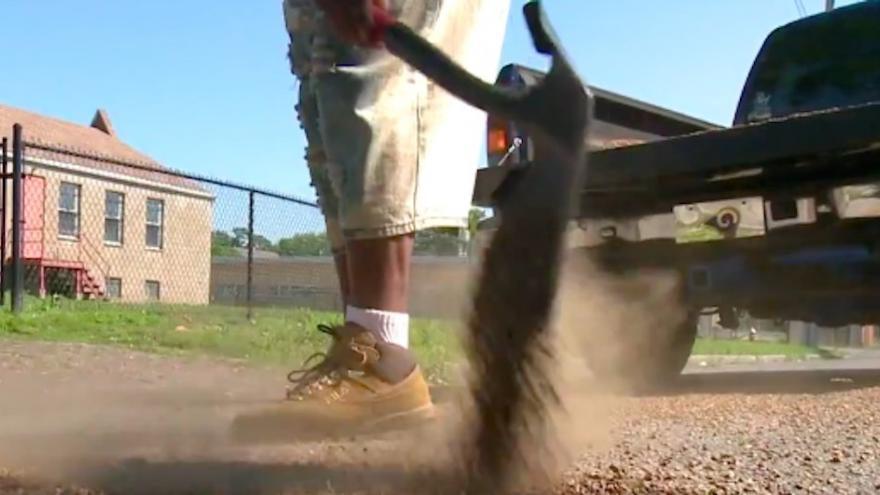 ST. LOUIS (KMOV) -- A St. Louis man has taken it upon himself to fix his neighborhood's messed up streets. He was out and about on Saturday filling potholes.

"We gotta take it upon ourselves to do this cause the city ain't coming," Tim, who goes by Brother T Rice El, said.

Tim and his sister Angela Berry were talking about the deteriorating neighborhood street and the damage potholes are causing to her car and its tires. Tim gave Angela that one determined look and "I knew he was going to go and fix the streets," Angela said.

She took a photo of Tim filling potholes and shared it on social media, and asked for donations to help fill more potholes.

Tim said "[the city] is full of talk and I'm full of action. I don't want to no talk and I want action. For me action is very important because you're actually doing something with your hands and making a situation better .. Nobody else is doing it."