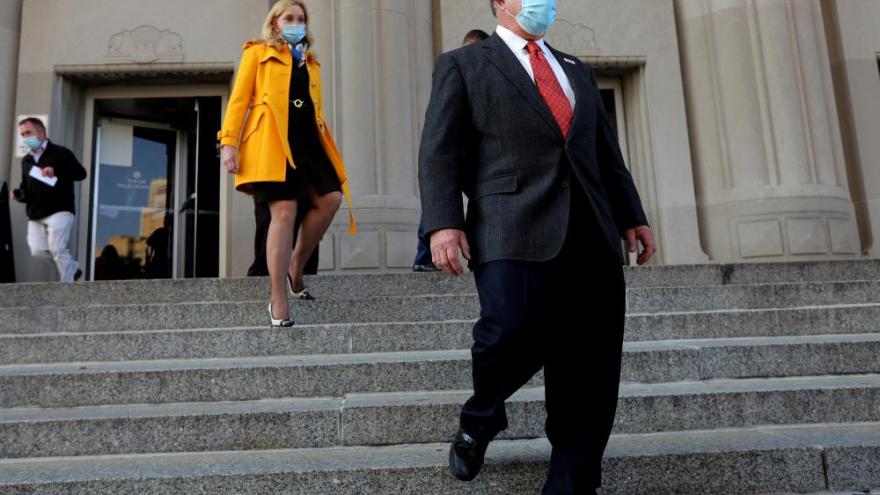 (CNN) -- Patricia and Mark McCloskey, the St. Louis homeowners who pointed guns at protesters, have been indicted on weapons and tampering with evidence charges, their attorney said.

Attorney Joel Schwartz told CNN that his clients' indictments are suppressed and won't be unsealed until next Wednesday. A spokeswoman for Kim Gardner, the St. Louis Circuit Attorney, did not respond to CNN's requests for comment.

St. Louis Circuit Clerk Thomas Kloeppinger told the St. Louis Post-Dispatch that he didn't know why a judge ordered the indictments to be sealed.

The Missouri couple was initially charged in July with unlawful use of a weapon, a class E felony.

The McCloskeys drew national attention in late June after they were seen in a viral video brandishing guns outside their mansion at protesters walking on a private street en route to demonstrate outside the St. Louis mayor's residence.

In videos obtained by CNN, Mark McCloskey holds a long rifle and Patricia McCloskey holds a handgun as demonstrators -- who were protesting Mayor Lyda Krewson's decision to publish the names and addresses of people in favor of police reform -- walked outside the home.

Portland Place, the private street where the McCloskeys live, is near Krewson's home.

Mark McCloskey told CNN's Chris Cuomo in July that he was "in imminent fear they (protesters) would run me over, kill me."

The White House and Missouri Gov. Mike Parson have previously defended the couple.

White House press secretary Kayleigh McEnany told reporters that President Donald Trump "said it is absolutely absurd, what is happening to the McCloskeys."

Parson has said he doesn't think the couple should face charges and would pardon them if they were convicted.

"They had every right to protect themselves," the governor said at a news conference in July.

In August, the couple spoke at the Republican National Convention, where they said that Democrats want to "abolish" suburbs.