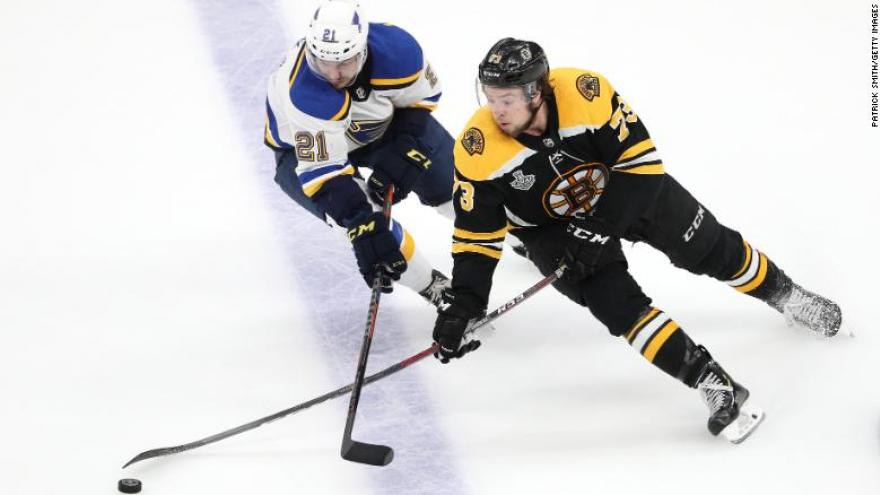 BOSTON (AP) — Ryan O'Reilly scored for the fourth straight game and rookie Jordan Binnington stopped 32 shots in Game 7 of the Stanley Cup Final on Wednesday night to lead the St. Louis Blues to a 4-1 victory over the Boston Bruins and their first NHL championship.

Alex Pietrangelo added a goal and an assist and Brayden Schenn and Zach Sanford also scored for St. Louis.

The Blues woke up on New Year's morning with the worst record in the league but won 30 of their final 49 regular-season games and soared through the playoffs to reach the final for the first time since 1970.

Coach Craig Berube, who took over when Mike Yeo was fired in November, is the fourth coach in the past 11 years hired in mid-season to lead his team to the NHL title.