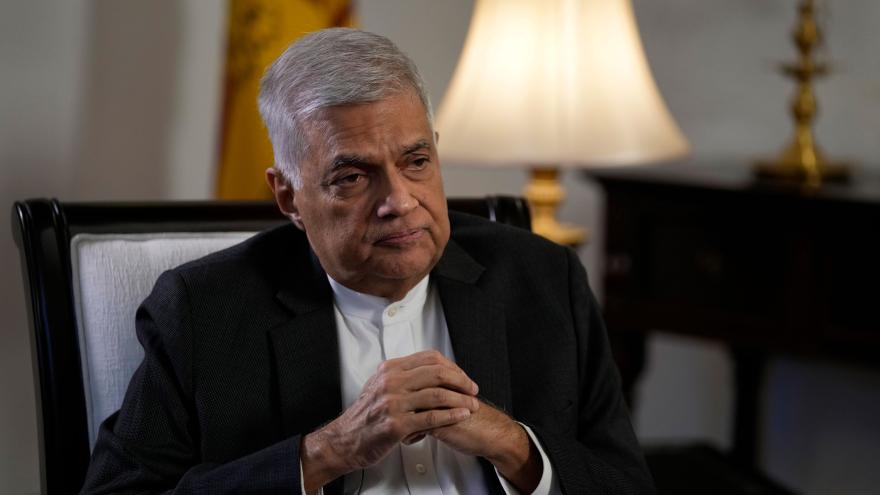 Wickremesinghe told lawmakers that negotiations with the International Monetary Fund (IMF) to revive the country's "collapsed" economy are "difficult," because the South Asian nation of 22 million has entered the talks as a bankrupt country, rather than a developing one.

"We are now participating in the negotiations as a bankrupt country. Therefore, we have to face a more difficult and complicated situation than previous negotiations," Wickremesinghe said in parliament.

"Due to the state of bankruptcy our country is in, we have to submit a plan on our debt sustainability to (the IMF) separately," he added. "Only when they are satisfied with that plan can we reach an agreement at the staff level. This is not a straightforward process."

Sri Lanka is in the midst of its worst financial crisis in seven decades, after its foreign exchange reserves plummeted to record lows, with dollars running out to pay for essential imports including food, medicine and fuel.

President Gotabaya Rajapaksa tweeted Wednesday that he had sought assistance from Russian President Vladimir Putin and requested "an offer of credit support to import fuel."

In several major cities, including Sri Lanka's commercial capital, Colombo, hundreds continue to queue for hours to buy fuel, sometimes clashing with police and the military as they wait. Schools have been suspended and fuel has been limited to essential services.

On Sunday Sri Lanka's energy minister, Kanchana Wijesekera, said the country had less than a day's worth of fuel left.

"In terms of fuel and food, our country was going to have to face this crisis at some point in time. Fuel was scarce. Food prices went up," he said, adding international crises like Russia's war in Ukraine have made things worse.

"Due to the recent global crises, this situation has become more acute and we who were in the frying pan fell into the oven," Wijesekera said.

On Tuesday, Prime Minister Wickremesinghe said he hoped that a report on debt restructuring and sustainability would be submitted to the IMF by August. Once there is an agreement, a comprehensive loan assistance program would be prepared for a period of four years, Wickremesinghe said.

His speech in parliament was interrupted by opposition lawmakers chanting cries of "Gota go Home" -- a reference to the president, who was in attendance. Rajapaksa was seen leaving the building amid exclamations.

For months, large numbers of Sri Lankans have been calling for Rajapaksa to resign over accusations of economic mismanagement.

Wickremesinghe said that by the end of this year, inflation will rise to 60%.

"This will be a difficult and bitter journey," Wickremesinghe said. "But we can get relief at the end of this journey. Progress can be made."

The British government said on Tuesday it is now advising against all but essential travel to Sri Lanka due to the impact of the economic crisis.