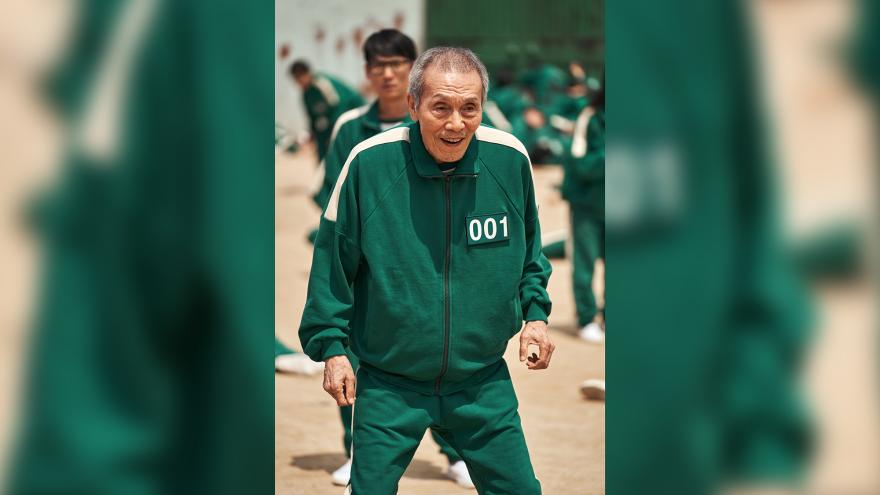 (CNN) -- "Squid Game" star O Yeong-su has made history after becoming the first Korean actor to win a Golden Globe.

His victory was announced at a private ceremony streamed online with no celebrity presenters and no speeches. Organizers previously announced that this year's Golden Globes would be a scaled-down affair following controversy over a lack of diversity among Hollywood Foreign Press Association membership and other ethical questions related to financial benefits.

"O Yeong-su wins Best Performance by a Supporting Actor in a Series, Limited Series, or Television Movie! While O Yeong-su is a respected stage actor in his native South Korea, his Globe nod is his first ever nomination in a major awards show," the Golden Globes published on its website.

His triumph marks the first time a Korean TV drama or actor has been nominated and won a Golden Globe.

"Squid Game" -- created by Hwang Dong-hyuk -- is a dystopian series in which contestants in desperate need of money play deadly children's games to win cash prizes.

Back in October, Netflix confirmed the show was its "biggest-ever series at launch" following its debut on September 17.

In the wake of the drama's massive success, Hwang and Netflix confirmed that there are discussions about a second season but that one had not yet been confirmed.

O revealed in an interview on South Korean TV in September that his life had changed significantly since appearing on the show.

"I feel like I'm in the air. So I'm trying to calm myself down now so I can restrain myself," he said, adding: "When I go to cafes or other places, I become self-conscious. Being a famous actor was hard too."