Sports teams want to turn their arenas into voting centers 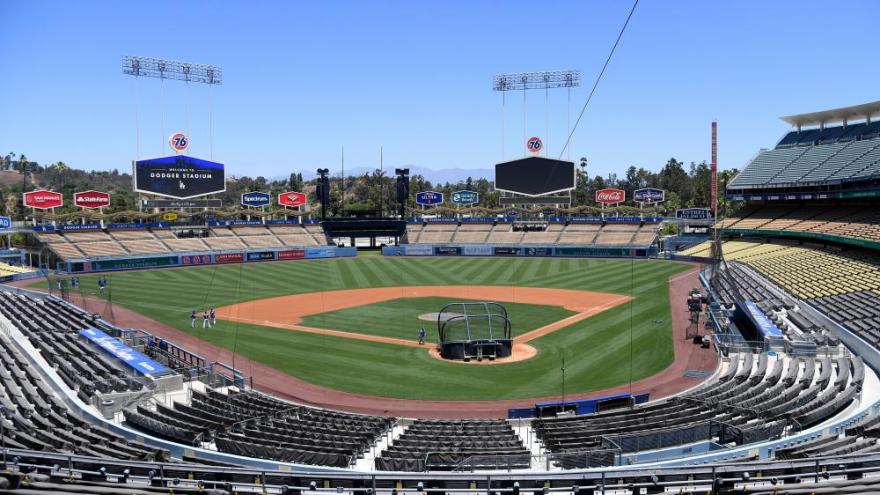 Efforts are underway to turn Dodger Stadium in Los Angeles into a poling place for the 2020 election.

(CNN) -- Sports arenas want to be the new home field for voters in upcoming elections.

As the Covid-19 pandemic renders many American sports stadiums underutilized, and amid concerns over voting safety, the nation's four major sports leagues are teaming up to create "Election Super Centers."

In Los Angeles, Lakers star LeBron James is working with his hardball counterparts to turn Dodger Stadium into a poling place for the general election. The development is part of James' More Than a Vote initiative, and it will mark the first time that a MLB team has turned its stadium into a voting venue.

"I may still be new to L.A. but didn't take long for me to learn how special the relationship is between the Dodgers and Lakers," James said in a news release announcing the partnership. "We are all in this together."

In late June, the NBA's Atlanta Hawks offered their arena as the home court for voters across Georgia's Fulton County.

The State Farm Arena, which seats more than 20,000 people, will become the largest-ever voting center in the state. The announcement comes on the heels of a chaotic primary marred by long lines and machine malfunctions.

"We always felt we were a community and civic asset. We took that oath as an opportunity and a big responsibility," said Hawks Principal Owner Tony Ressler.

Value in the venues

The sheer size of sports venues has helped them emerge as potential voting centers. They would allow for reduced lines, shortened wait times and safe spacing.

"Our mission," said Eugene Jarecki, a co-chair of the project, "is not only to help large scale venues offer thousands, even millions of voters greater poll access this year, but to ensure that their voting experience meets the highest standards of safety, security and election integrity."

Several sports franchises including the Boston Red Sox, Pittsburgh Steelers, Washington Capitals and Golden State Warriors are working with the Election Super Centers Project to offer their venues as as supplemental voting and registration centers.